Mikel Arteta has said he wants Arsenal to learn their lesson from recently having to offload high-earning duo Mesut Ozil and Sokratis Papastathopoulos.

Ozil, who has been the highest-earning player at the Emirates with his £350,000 ($479,000)-per-week deal, is set to join Fenerbahce after a breakthrough was reached in talks to cancel his contract six months early.

Earlier this week the club confirmed that Sokratis had his contract terminated by mutual consent, with the defender also leaving north London six months prior to the scheduled expiration of his deal. 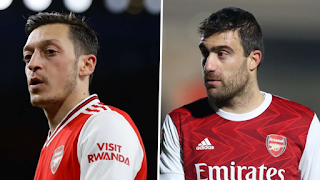