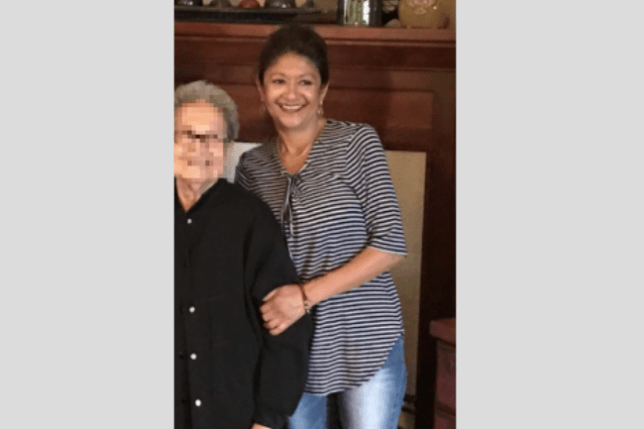 A beautician based in South Carolina, US, Cynthia Covert, was killed by an alligator on Friday while trying to pet the animal.

Covert, 58,  after drinking wine and performing pedicure for a friend, started taking pictures of the alligator at he friends backyard pond at a community in Kiawah Island, near Charleston, South Carolina, before going waist deep into the pond according to reports. 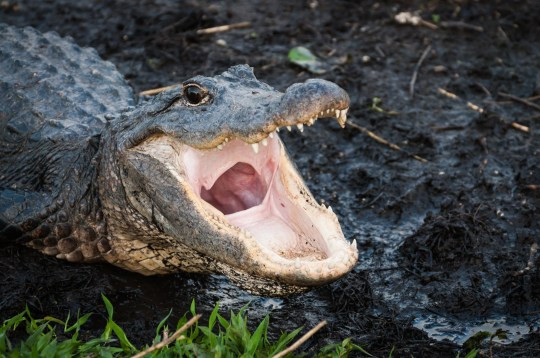 Her friend reportedly begged her not to go into the water, saying the alligator ate a deer a few days earlier and Cynthia reportedly responded; ‘I don’t look like a deer’, before moving closer to the alligator, apparently trying to touch it. The 10-foot alligator, estimated at 400-500 pounds, then attacked Covert, who officials said was 5 feet tall and 100 pounds.

The animal latched onto Covert’s left leg and began pulling her into the water. Witnesses ran to the water’s edge to try rescuing her. A neighbor brought the rope that was used to try pulling Covert safely back onto the shore.

Amid the rescue attempt, witnesses report Covert very calmly said, “I guess I won’t do this again.” She was pulled under water moments later. Witnesses said Covert never even screamed during the attack.

Deputies, firefighters and other first responders arrived a short time later, but say they saw no sign of the alligator or Covert for 10-15 minutes after getting there. Covert’s body finally surfaced across the pond, with the alligator still holding her by the leg. It quickly dragged her back under water, deputies said. 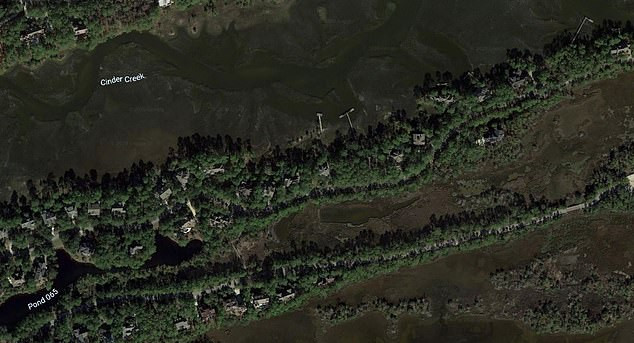 The body of the alligator was taken by police to help with the investigation into the incident.

‘In May 1 Kiawah Island incident in which victim was pulled into pond by alligator, coroner has ruled death as accidental drowning. This case is an unfortunate tragedy.

‘We urge citizens to be alert and cautious around wildlife. Enjoy the outdoors safely and responsibly,’ the Tweet added. Charleston County police wrote on Twitter. 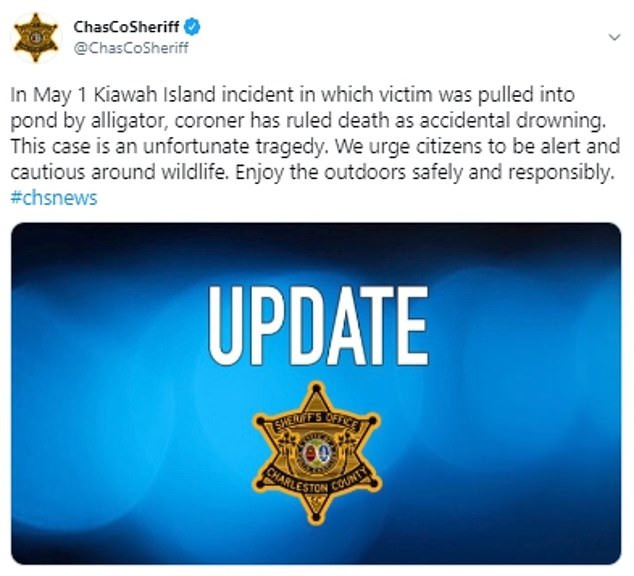