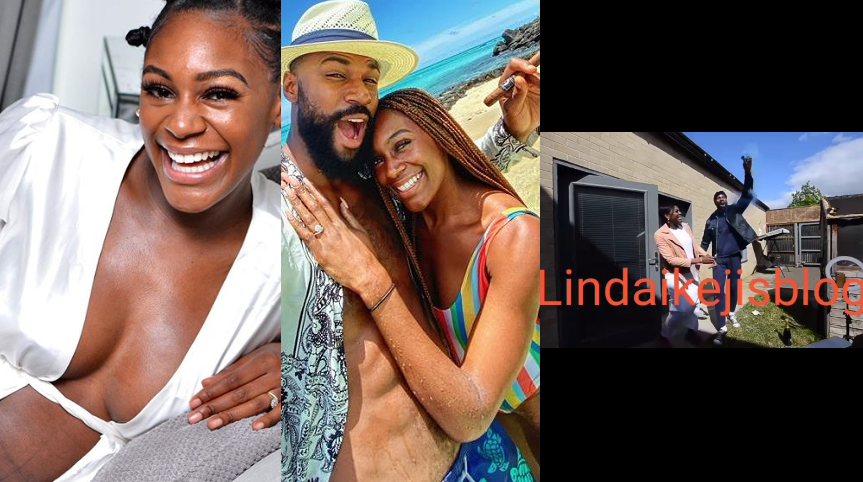 Big Brother Naija 2019 first runner up, Mike Edwards and his lovely wife, Perri Shakes-Drayton, who are both expecting their first child together, have revealed the sex of the unborn baby.

In the video, the soon-to-be mother of one was filmed handing her a piece of paper to her husband, who then confirmed that they are having a baby boy. In celebration, the couple let out blue confetti and popped a bottle of champagne with friends that witnessed the gender reveal via virtual video call.

The couple got married in London in June, 2019.

Watch the gender reveal video below.