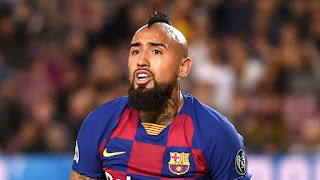 Arturo Vidal will today travel to Milan ahead of a move from Barcelona to Inter for just €1 million (£900,000/$1.2m) plus bonuses, Goal can confirm.

The midfielder will complete a medical in Milan on Monday and could be confirmed as a player for Antonio Conte’s side later that day, as he swaps La Liga for Serie A.

An agreement has been in place between the clubs for a few days and Vidal has been waiting to fly out to Italy, but issues with the contract took longer than expected to resolve. Now, however, the path has been cleared for the Chilean international to move to Inter on a two-year deal.