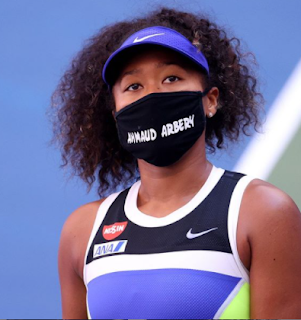 Naomi Osaka, who captured her third Grand Slam title at the US Open on September 12, pulled out of the upcoming French Open with a hamstring injury on Thursday.

“Unfortunately I won’t be able to play the French Open this year,” Osaka said in posts on Instagram and Twitter. “My hamstring is still sore so I won’t have enough time to prepare for the clay – these two tournaments came too close to each other for me this year.”

The French Open is due to start on 27 September at Roland Garros, rescheduled from earlier in the year because of the coronavirus pandemic.

On Sunday, Osaka rallied from a set down to beat Victoria Azarenka 1-6, 6-3, 6-3 in the US Open women’s final, adding a third major trophy after her victories at the 2018 US Open and 2019 Australian Open triumphs.

The 22-year-old was the first woman to win the US Open singles final from a set down since 1994, and the victory moved her to third in the WTA rankings.

Osaka had gone into the US Open at Flushing Meadows with fitness concerns.

She pulled out of the WTA final of the Western & Southern Open – also held this year at Flushing Meadows – with a left hamstring injury just two days before the start of the Grand Slam in New York.

She said she pulled the muscle in her semifinal victory.

Osaka played her US Open matches with her left thigh heavily strapped but showed no sign the injury hindered her.

The US Open, normally the final Grand Slam in a season, was just the second major to be played in 2020 after the Australian Open in January.

The COVID-19 pandemic brought tennis to a halt along with the rest of global sport, with Wimbledon canceled completely and Roland Garros moved from its usual May start to September 27-October 11.

Unlike the US Open, organizers at Roland Garros will admit fans, although it was announced Thursday that the number of spectators will be limited to 5,000 per day.

Organisers had originally hoped to accommodate 20,000 spectators per day.

Defending women’s champion Ashleigh Barty of Australia announced earlier this month that she would not defend her title because she feared participation still carried health risks and because she had not been able to train properly with her coach because of the state border closures in Australia.