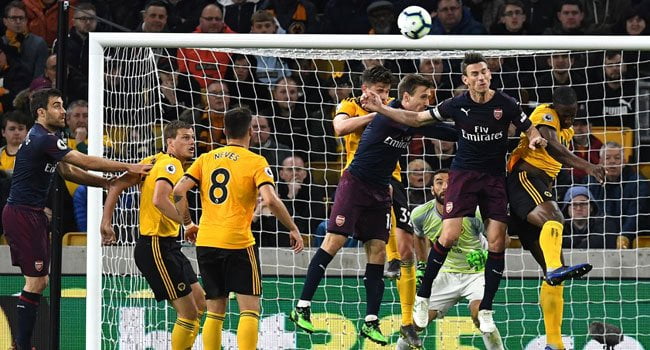 For United, it was their seventh loss in nine fixtures.

City now have 89 points, one more than Liverpool.

At the Molineux, Arsenal’s top four hopes suffered a crushing blow, as they were beaten 3-1.

The Gunners were three goals down in the first half, thanks to strikes from Ruben Neves, Matt Doherty and Diogo Jota.

Sokratis’ header in the second half, was only a consolation for Unai Emery’s men.