Ukraine has included 45-year-old retired goalkeeper Oleksandr Shovkovskiy in the squad for Wednesday’s friendly against France after three other keepers tested positive for COVID-19.

Shovkovskiy, who made around 90 appearances for Ukraine before his retirement in 2016, is currently assistant to head coach Andriy Shevchenko.

The country’s football federation (UAF) said in a statement that he is in “good physical shape” and will provide emergency backup to Georgiy Bushchan, currently, the team’s only fit goalkeeper.

A statement from the Ukraine FA said: “Oleksandr Shovkovskiy ended his professional career as a player in December 2016, but keeps himself in good physical shape, constantly conducting individual training. 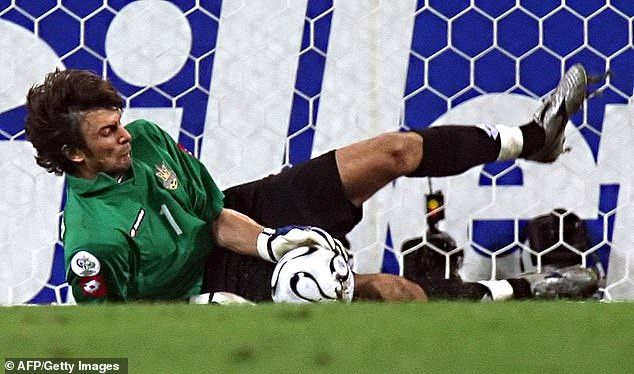 “The coaching staff of the national team of Ukraine emphasises that it does not consider Oleksandr Shovkovskiy as a mandatory participant in today’s match.”

They added that “Oleksandr’s entry into the field can become possible” only if Bushchan tests positive or “gets injured during the match”.

Shovkovskiy played 92 times for his country between 1994 and 2012, having a starring role in Ukraine’s run to the World Cup quarter-finals in 2006.

He retired in 2016, having made 645 appearances for Dynamo Kiev, lifting the Ukrainian title on 14 occasions with the capital outfit.