Two suicide bombers who attempted to invade the St. Pius Catholic Church In Shuwa, Madagali Local Government Area of Adamawa, while the church mass was ongoing this morning, were intercepted and they detonated the bomb on themselves in the process. Over 1500 parishoners were inside the church during the mass.

Confirming the incident, the Bishop of Yola Diocese, Dami Mamza, who is also the state chairman of the Christian Association of Nigeria CAN, said the suspected Boko Haram members aimed at gaining access into the Church while the morning mass was in progress but God’s intervention saved the day.

According to Mamza, the vigilant cadet boys on patrol around the vicinity prevented the bombers from gaining entry thereby forcing the explosives to detonate before getting to their target.

Only a grandmother and her grandson were slightly affected by the explosion but did not sustain any injury.

The military were immediately alerted and they have since cordoned off the area to recover some undetonated explosives devices in the area.

Confirming the incident, the spokesperson of the state police command, said efforts are being made to restore normalcy to the area.

Graphic photo of one of the suicide bombers below 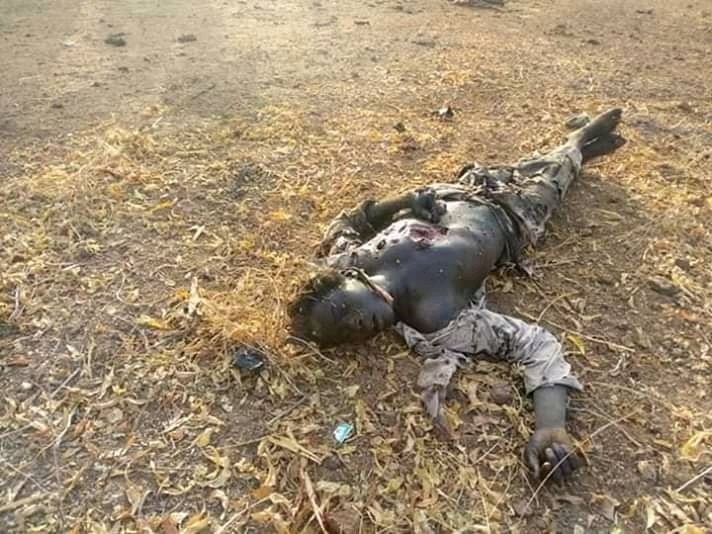 Tboss, her Sister Wendy, and her Fans Drag Ka3na for Claiming She Trademarked ”BossLady”

JLo Shows off her Banging body in Sexy Wwimwear photo