A woman took to Twitter to celebrate after she bought a new car. But a man who boarded the same bus with her earlier in the day released a photo of her in the bus in an attempt to shame her and accuse her of lying.

@omohtee12, or Jesus Baby, shared a photo of herself leaning against her new car with the caption, “Thankful”.

Soon after she shared the photo, @ItsAlhaji who boarded the same bus with her earlier in the day and even took a photo of her in the bus without her knowledge, took to Twitter to share the photo while mocking her. 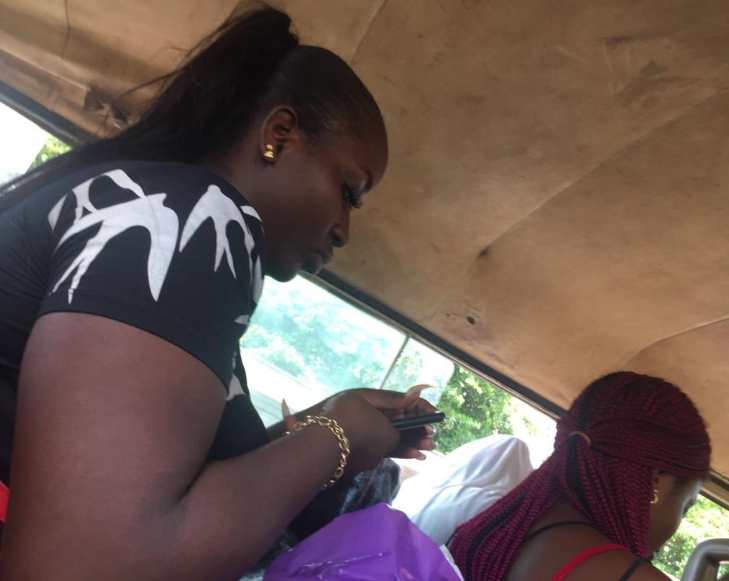 He wrote: “Someone I still entered danfo with today has bought crosstour on twitter, God is this a sign? ?” 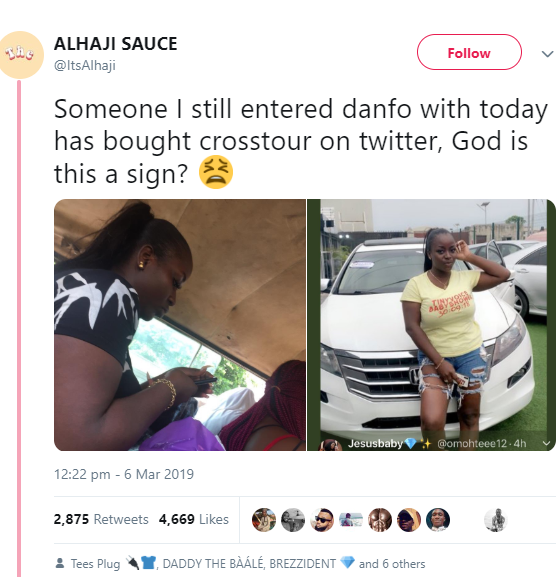 The male Twitter user narrated how he was in a bus and saw Twitter user Jesus Baby get into the same bus. He said she looked familiar so he took a photo of her in the bus but was shocked when he came on Twitter later in the day to see her post that she just bought a new car.

But friends of Jesus Baby have defended her, saying she wasn’t lying. Other Twitter users pointed out that a person could have a car and still take a bus.

Reacting after the tweep tried to shame her, Jesus Baby wrote:

Today is a happy day for me and I’m also out enjoying myself while celebrating my new car, so I’m ignoring peasants!…..keep wallowing in your bitterness???????

Below are the tweets and replies. 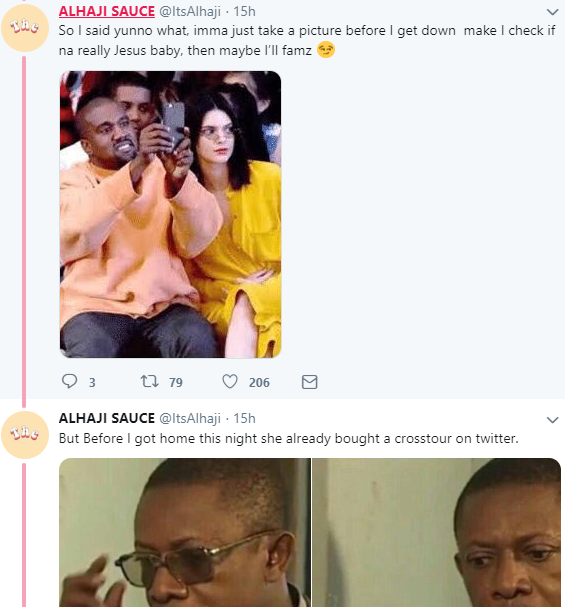 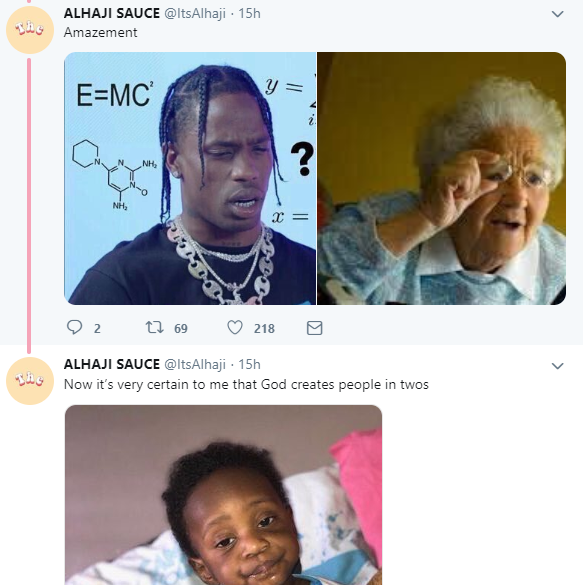 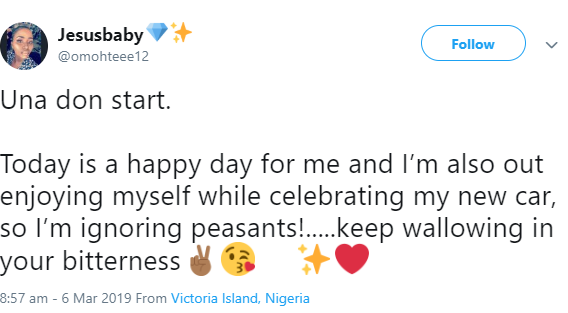 JAY-Z Honors Nipsey Hussle with Freestyle Rap: ‘I Never Dreamed He Would Be Killed’

Any Actor That Owns A House In Lekki, VI, Is Into Something Else – Aremu Afolayan Alleges

I’m Not Afraid Of Queen Ure, She Can Go To Court – Cynthia Morgan