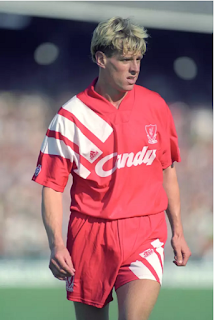 When it comes to Fantasy Football, former Liverpool defender Nick Tanner is in a league of his own.

The 50-year-old, from Bristol, has established himself as the world’s best Fantasy Football player this season with his team “winorloseonthebooze”, a squad consisting of some of the finest talent in world football. And Crystal Palace full-back Martin Kelly (no offence Martin.)

Tanner, who made 40 appearances for European champions between 1988 and 1994, was actually a real life manager in the early 2000’s with non-league sides Welton Rovers, Almondsbury Town and Winterbourne United.

But the often turbulent world of fantasy football is where his greatest managerial achievements lie.

“It’s crazy,” Tanner told The Athletic. “I was keeping an eye on all the games as I knew there was a chance I could go top. Until recently I thought that table was just for teams in England until someone pointed out to me that it was across the world.

“To be in front of nearly seven million people is a great feeling. I was speaking to my old mate from Liverpool, Mike Marsh, and he said: ‘How on earth are you No 1 in the world?’ We were laughing about it.”

So what are the secrets behind Nick’s unbelievable start to the Premier League season?

“Every Friday I’ll sit down, have a few beers and look online to establish who is fit and pick my team.” he explained. “I dropped Jamie Vardy for last weekend and changed the formation to 3-5-2 so I could play an extra midfielder.

“I couldn’t see Vardy scoring against Liverpool but I played him the previous week as I knew he’d get goals against Newcastle [he scored twice].

“Having a football brain helps but luck plays a big part as well because a manager could decide to rest someone or there could be an injury you don’t know about.”

He also explains that you’re better off having a “shit” defence and spending your money on goalscoring midfielders, just like he did with the likes of Mason Mount, Raheem Sterling and Mohamed Salah. 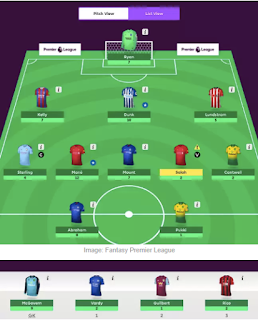 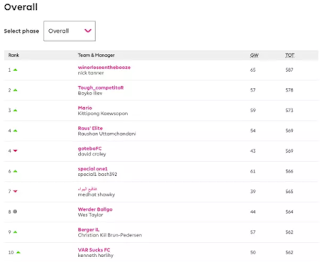