A high court in Yola, Adamawa state capital, has sentenced Ibrahim Mustapha, a fake medical doctor, to 54 years in prison.

In June, the Department of State Services (DSS) arrested Mustapha, who was employed as a doctor in the state with forged medical certificates.

The convict was the principal medical officer at the cottage hospitals in Mayo Belwa and Fufore, and had reportedly performed surgical operations on several patients since 2015.

At least 15 patients were reported dead after Mustapha performed surgical operations on them.

“On counts one to three, I sentenced him six months each with the option of fine of N20,000 each,” the judge ruled.

“On count eight, I sentence him to three years imprisonment with the option of N50,000 fine.

“On counts four, five, six, seven and 10, I sentenced him to 10 years of prison term on each of the counts without the option of a fine.”

The judge said the sentence will run concurrently.

Bola Ilori, the state director of DSS, said Mustapha started his fake practice as a ward attendant in Gombe state before he was employed in Adamawa. Ibrahim Mustapha, a fake doctor and principal medical officer of Cottage hospital, Fufore in Adamawa state, has been arrested by the Department of State Services for killing patients in the cause of his fake practice.

He is said to have performed over 500 surgical operations causing the death of about 46 patients from January to May 2019.

Parading the fake doctor in Yola on Thursday, DSS Director in the state, Bola Olori, said the DSS has, “effected the arrest of one Ibrahim Mustapha, who operated illegally as a PMO in Fufore Cottage hospital, Fufore local government area of Adamawa state”.

The fake surgeon confessed to forging MBBS credentials according to the DSS but denied causing the death of any patient throughout his career until his arrest.

“Yes, I’ve forged the documents as stated by the DSS boss and also done both major and minor surgical operations, including caesarian section, altogether more than 500 surgeries without causing the death of any of my patients as claimed.”

But the DSS said, “He perfected the illicit act in Gombe where he worked as a ward attendant in several clinics. He was aided by a practicing doctor who gave him sample copies of his NECO results, MBBS of Bayero University Kano, NYSC Discharge certificate and Medical and Dental Council if Nigeria, annual registration license.

“The suspect subsequently gained employment into the Adamawa state Hospital Management Board in October 2015 as a doctor and rose to the post of PMO, serving at both the Cottage hospital Mayo-Belwa and Fufore.”

Mustapha ran out of luck when he attended visa interview as a potential medical team member for the 2019 hajj operations.

He was exposed by a man who knew him in Gombe as a ward attendant in an undisclosed clinic.
A fake doctor or quack is a person that parades his/herself as medically qualified to administer treatment to sick patients or understands the pathology of diseases but not certified by the medical licensing board. They are abound world wide but more in developing countries like Nigeria.

The Department of State Services (DSS) has confirmed the arrest of the Principal Medical Director of Fufore Cottage Hospital in Adamawa, Ibrahim Mustapha, for operating with a fake medical certificate.

Mr Bola Olori, the Director of DSS in the state, told newsmen on Thursday in Yola that preliminary investigations showed that Mustapha did not study medicine but holds the National Board of Technical Education (NBTE) certificate.
He perfected the illicit act of impersonation as a doctor in Gombe where he worked as a ward attendant in several clinics.

“He was aided in the act by a practicing doctor who gave him sample copies of his NECO result, MBBS of Bayero University Kano, NYSC discharge certificate and that of the Medical and Dental Council of Nigeria annual registration license, all of which he forged,” Olori said.

The director said that Mustapha was employed by Adamawa Health Management Board as a doctor in October 2015, rose to the position of Principal Medical Officer and served as such in the cottage hospitals of Mayo-Belwa and Fufore.
Prior to his arrest, the suspect had in the last five years performed hundreds of surgical operations in several hospitals in the state,” Olori said.

The director, who thanked the state officials of the state branch of the Nigerian Medical Association for their role in tracking the suspect, said that the suspect and his accomplice now in custody would be prosecuted at the conclusion of investigations.

He enjoined the public to be wary of such unscrupulous elements and alert security agencies for necessary action, NAN reports
Speaking to newsmen, the suspect said he had no regret because he knew what he was doing and that he had performed successful medical operations.

“I even assist some qualified medical doctors to do the right thing.

“It’s unfortunate that someone from Gombe where I once worked who was envious of me decided to expose me after I was cleared to be part of Adamawa Medical team to this year’s Hajj, but the person failed to qualify in that interview,” Mustapha said.

Kwara, Wikki Win as Heartland Grabs Only Away Victory in Lafia 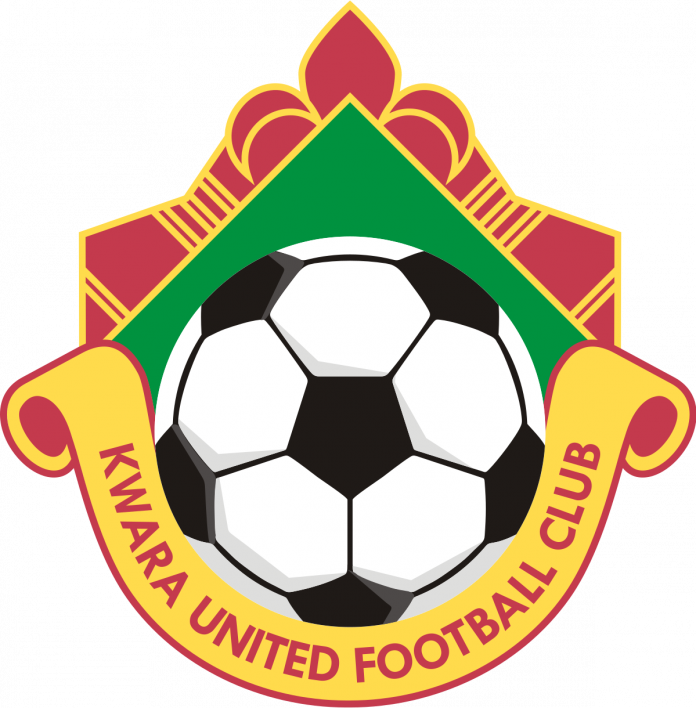 Kwara United FC moved to the top of Group A of the Nigerian Professional Football League (NPFL) yesterday with a 3-2 defeat of Enyimba. The Ilorin team is just one point better that the People’s Elephant.  Wikki Tourists who defeated Niger Tornadoes 2-1 is third on the log.

Ibrahim Mustapha had fired Enyimba into an early lead in the 12th minutes before Segun Alebiosu leveled scored in the 31st. Joseph Osadiaye scored from the spot kick to hand Enyimba a 2-1 lead.

But Alebiosu again restored parity 2-2 in the 68th minute with a brilliant shot. Mohammed Usman however sealed the first win of the NPFL season for Kwara United in the 73rd minute of the match.

At the Dipo Dina Stadium in Sagamu, Bendel Insurance got the lead in the 58th minutes through Charles Omokaro but Victor Mbaoma drew Remo Stars level in the 76th minute to share points one apiece.

In Group B of the NPFL, Heartland have now climbed to the summit after two wins, same points with second placed El-Kanemi Warriors who however have lesser goal difference.

FC Ifeanyi Ubah is third with five points, while Go Round FC, Kano Pillars and Plateau United are all one point less.

Plateau United recorded their first win of the season yesterday when they trounced El Kanemi Warriors 2-0. Plateau United had earlier recorded a draw and a defeat in their previous two games.

In Kaduna, newly promoted Kada City kicked off their NPFL campaign with a 2-1 win at home against Gombe United. Umar Mohammed fired in from a free-kick to give Kada City the lead in the 19th minute.

In Kano, Chris Madaki denied Akwa United FC maximum points at the Sani Abacha Stadium when he headed past Jean Efala to restore parity for the Sai Masugida. Ndifreke Effiong had shot Akwa United into the lead after 22 minutes.

Go Round was forced to a goalless draw at home to FC Ifeanyiubah.