Apostle Chris Omashola has revealed that rich sugar mummies and Lekki big girls are sending him nude photos and begging him to have sex with them after Naira Marley reshared his leaked sextape to spite him.

It all began when Chris Omashola said God revealed to him that Naira Marley is a demon sent to derail the destinies of young Nigerians. Hitting back, Naira Marley brought up Chris Omashola’s sextape with his former fiancee that was leaked in November 2018.

The long forgotten sextape began trending again and Chris Omashola said this caused women to troop into his inbox to proposition him for sex, while promising him material wealth if he agrees.

Apostle Chris Omashola took to Twitter to warn those propositioning him for sex. He said he’s now a new man in Christ and that no amount of money or promise of wealth and houses would succeed in making him sin against God again. 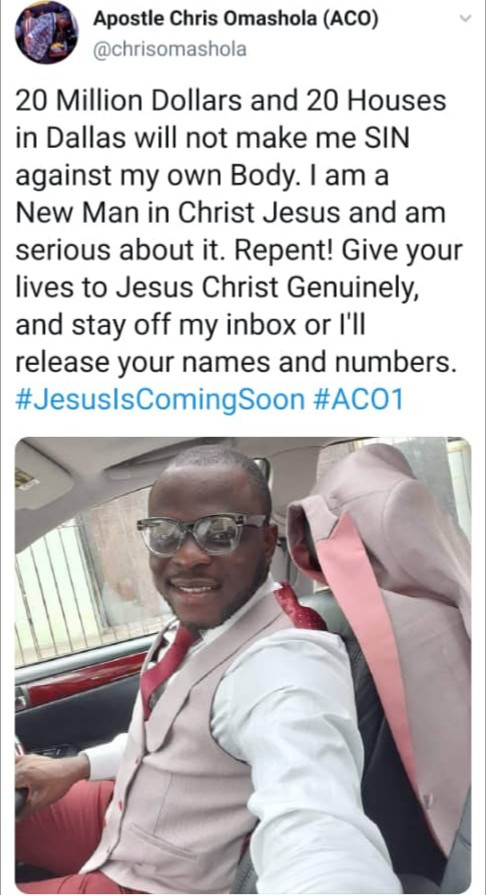 He also warned that he will release the names of the women if they don’t stop.

Screenshots obtained by LIB shows some of the messages allegedly sent by rich women begging to have sex with Chris Omashola. 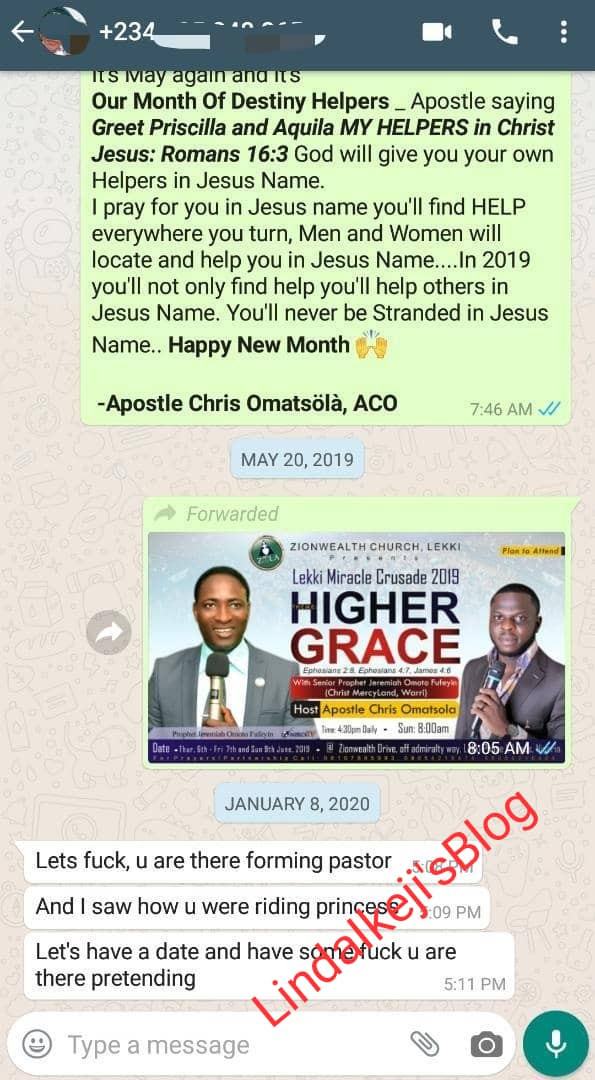 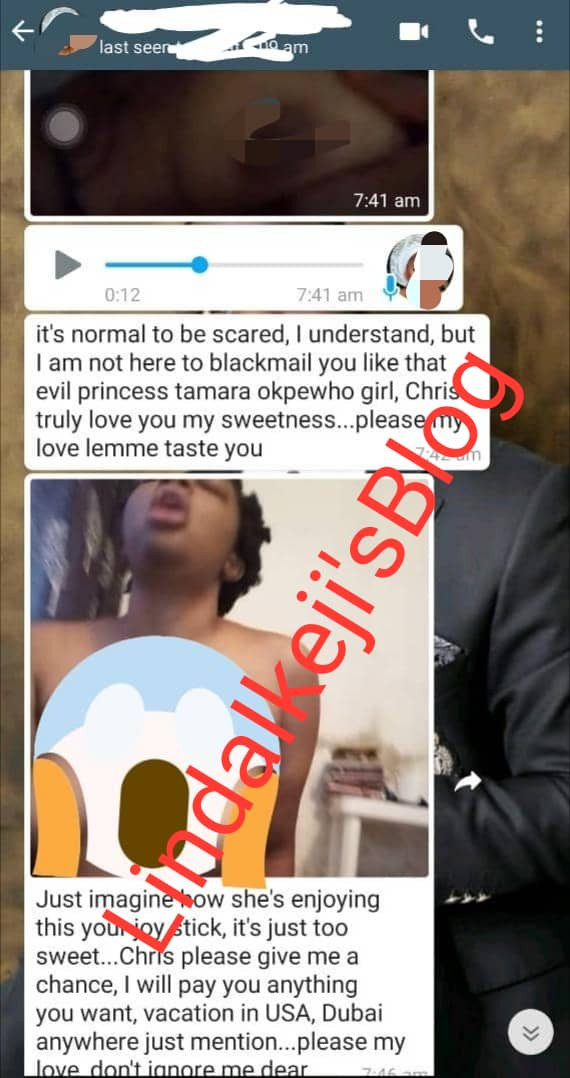 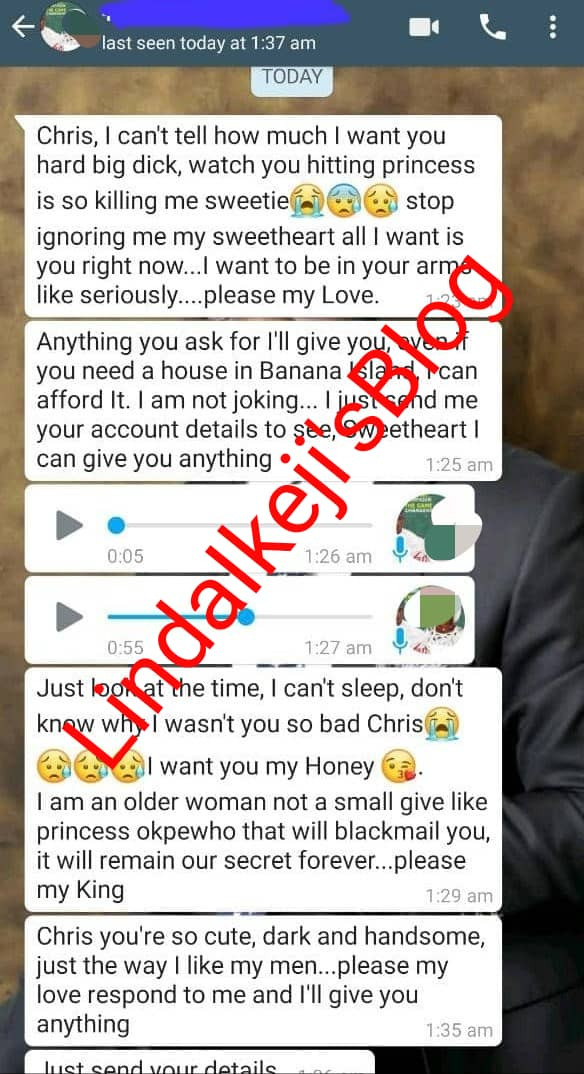 Be Guided By The Law, Conscience – CJN Tells Judges

The N125bn 2017 Budget Of The National Assembly