Home > Entertainment > Stay stupid! Peruzzi tells fans who believe King Patrick that called him out over breach of contract 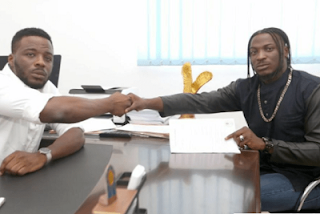 Peruzzi has told his fans they can remain stupid after some tweeted at him not to bite the fingers that fed him. He says if they believe everything, then yea, they are just staying stupid

Recall the CEO of Golden Boy Entertainment, King Patrick yesterday called him out alongside Davido. Davido later responded saying Patrick is the only problem.

Now, Peruzzi is claiming King never fed him, asking, when and where? But admitted he rented an apartment for him.

He also made it clear he isn’t owing King. Check out his tweets below…

You know the funniest thing. Everyone in the music industry knows who is saying the truth (i mean from experience), well maybe he added little ‘lies’, but damn he didn’t feed you? 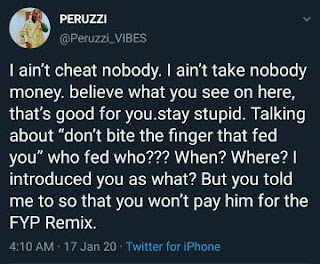 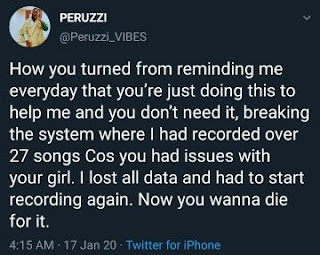 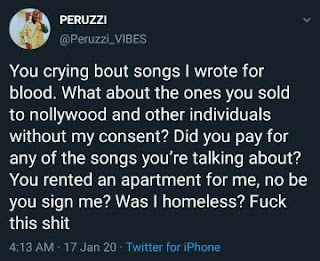 See Why This Bride Shaved Her Hair On Her Wedding Day

Actress Ngozi Ezeonu was in a joyous mood on Saturday February 15th as her daughter, Oge, got married to her…

An African man caused a stir onboard a flight recently when he stood up and began to preach the gospel….