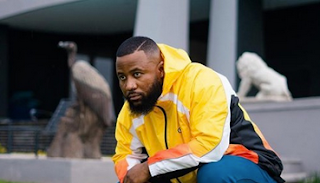 South African rapper, Cassper Nyovest has shared why he is no longer “vibing” with social media, more especially Twitter.
The rapper, who used to be very active on Twitter, has since taken a young hiatus from the social platform citing as the reason that content shared tends to be negative and very toxic.
In a tweet that has since got many giving him props for protecting his peace, Cassper explained how much he used to love spending his time on the app engaging his fans.
He also explained that since he stepped away from Twitter, his anxiety levels had decreased.
“I love people, I enjoy talking to people on a daily and that’s why I used to spend so much time on Twitter talking to fans. I wanna share so much with y’all but dammit this App is full of negative sh*t! Ever since I stepped away from Twitter, my anxiety is at an all-time low!”
Even though Cassper is not as active as he was on Twitter, earlier this week the rapper shared his concerns on femicide.
On Monday, hashtags such as #JusticeForTshegoPule and #JusticeForNaledi made it onto the Twitter trends list after two unrelated women were found dead, allegedly killed by their partners.
The rapper was one of the thousands of people who slammed the senseless killings.
Taking to Twitter, the rapper asked how men were still killing women even with all that’s happening in the country.

Doyin Okupe To Run For President In 2023