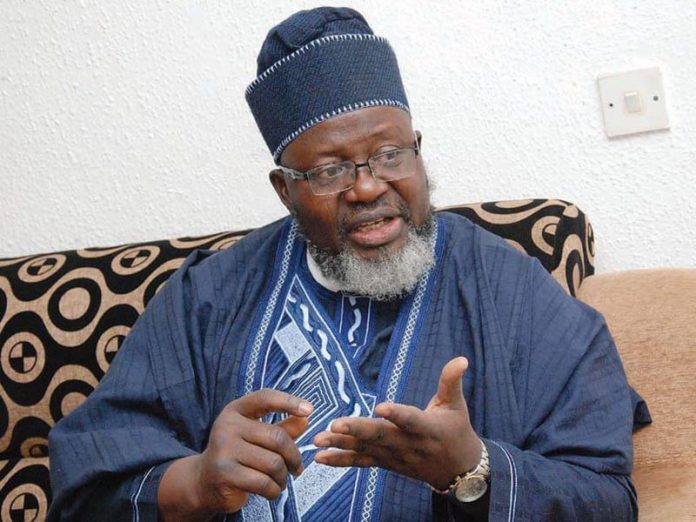 The Minister of Communication and an aggrieved governorship aspirant of the All Progressives Congress (APC) in Oyo state, Adebayo Shittu, has vowed never to campaign or support his party’s governorship candidate in Oyo State.

Shittu, who contested the APC governorship primary in the state but was disqualified by the leadership of the party, said it would not make sense for him to “be defrauded out of a primary process and still simply behave like a slave” supporting the system that cheated.

He said that he is not going to beg the party to do the right time, adding that it is the party that “will certainly pay for it”.

He said: “I will be a bastard to be defrauded out of a party primary and behave as if I’m a slave. They asked us to pay N22 million (nomination form) and didn’t advertise any condition other than as provided in the constitution. After we have been screened and certified, the chairman of our party unilaterally and in violation of the constitution got me out of the way so that they can impose newcomers on the party. Somebody who was barely two months in the APC.

“You cannot expect me at my level to support such candidate. I believe I gave enough warning. Of course they had the opportunity and they missed it and the party will certainly pay for it.”

The minister said the reconciliation move by the party may not yield positive results if there was no commitment to right the wrongs done to party men.

He said it will not be possible for him to join in campaigning for the governorship candidate of APC in Oyo State after being defrauded at the primary election.

However, Shittu revealed that he and other aggrieved aspirants across the country are collaborating to float a coalition platform that will be used to campaign for President Muhammadu Buhari’s reelection.

Speaking at an interactive session with journalists covering the APC in Abuja, the minister said it would amount to a fruitless exercise if the party feel it can achieve peace and reconciliation without correcting the anormalies that took place during the primaries.

“It is disheartening to say we must have peace even if there is no justice. As for me, I don’t recognise the candidate of APC in Oyo State. I’m in court and I believe I will triumph over those who were less than intelligent to foist a stranger on our party in Oyo State. You don’t expect me to support such a candidate. Before you talk of reconciliation, you must talk of restitution,” he said.

Denying media reports that he had closed down the Buhari Campaign Office he opened in Oyo State, Shittu said: “We had a rented apartment, the house in question wasn’t my property. We rented it and we simply couldn’t afford to sustain the rent and the landlord was impatient with us and said we either pay or get out of the place and we took the most sensible decision by vacating that premises.

“We are in the process of looking for another building which would be used for Gen. Buhari second term in office campaign, hopefully we would be able to get something cheaper than we had.”