Our Defeat To Man City Was My Fault – David Luiz 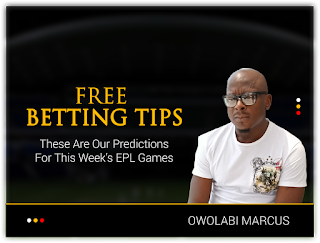 Though fans are not back in the stadiums, EPL dramas continue as the reigning champions Liverpool thrashed Chelsea at Stamford Bridge with Sadio Mane scoring a brace.

We can only expect more drama in week 3.

Below are my predictions for week 3:

Crystal Palace vs Everton – Away Win

Westbrom vs Chelsea – Away Win

Westham vs Wolves – Away Win

You don’t necessarily have to pick all games, you can pick some and leave the rest. 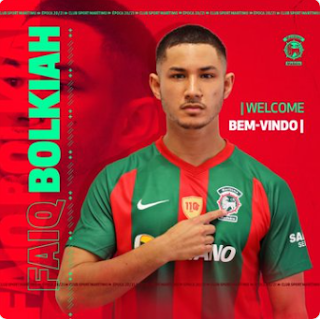 The so-called ‘richest footballer in the world,’ Faiq Bolkiah has moved to Portugal to sign for Maritimo, having previously been on the books at Leicester City.

Faiq is known by the moniker as the richest player in the world due to his father Jefri Bolkiah, who is the Prince of Brunei and brother of the Sultan of Brunei, Hassanal Bolkiah.

The family fortune is reported to stand at around $28 billion, as of October 2019, which means that Faiq’s family is richer than most club owners as well.

Faiq is 22-years-old and had previously played in England and signed for Leicester in 2016. He has now signed for Maritimo in the Primieria Liga, having never actually played for the Foxes.

On signing for the Funchal based side, the winger said, “This is the best place to continue my football career.”

The former Leicester player was born in Los Angeles but moved to England for his education and first signed as an academy player at Southampton in 2009.

He had stints at Arsenal and Chelsea before signing with Leicester four years ago and has so far made six appearances for the Brunei national team, scoring his first, and so far only, goal against Laos in 2016.

A Vanity Fair article in 2011 claimed the player’s father, whose full name is His Royal Highness Pengiran Digadong Sahibul Mal Pengiran Muda Jefri Bolkiah ibni Al-Marhum Sultan Haji Omar Ali Saifuddien Sa’adul Khairi Waddien, ‘has probably gone through more cash than any other human being on earth,’ and described him as a ‘notorious playboy.’

The same article says the 65-year-old celebrated his 50th birthday with celebrations that included a concert from Michael Jackson that cost him $17 million.

He also had a private concert by Whitney Houston in which he reportedly handed the singer a blank cheque and told her to pay herself what she thought it was worth and cost him $7 million.

Maritimo have only played one game so far this season, which they lost, they play Tondela next at home this weekend before facing Porto the following week. 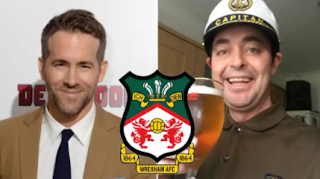 In news that continues to bring utter absurdity in 2020, actor Ryan Reynolds is one of two people interested in buying Welsh football club Wrexham.

The National League side posted a statement this evening to confirm that the Canadian, best known for his leading role in Marvel’s R-rated superhero film Deadpool, is keen on investing.

Reynolds, 43, recently sold his gin company to Diageo for a reported $610 million, while he is also a director at Match Group, who oversees a whole host of dating websites including Tinder and Hinge.

The other individual in question is none other than Rob McElhenney, who created and starred in the popular sitcom It’s Always Sunny in Philadelphia.

Talks are ongoing and the next step is for the pair to “put forward their vision for Wrexham AFC and proposal for members to vote on at a second Special General Meeting”, the club says.

A statement on the club’s official website read: “The Wrexham Supporters Trust Board would like to thank all members who took part in the Special General Meeting yesterday (Tuesday, September 22) and took the time to vote.

“As a result, talks with the proposed bidders will now continue and we are in a position to confirm the two people interested in investing in Wrexham AFC.

“Rob McElhenney is an American actor, director, producer, and screenwriter, best known as the creator of It’s Always Sunny in Philadelphia.

“In due course, Mr. McElhenney and Mr. Reynolds will put forward their vision for Wrexham AFC and proposal for members to vote on at a second Special General Meeting.”

The North Wales outfit have been 100 percent fan run but could soon be owned by a Golden Globe nominee with a star on the Hollywood Walk of Fame.

Just imagine Reynolds and Blake Lively rocking up at the Racecourse Ground and having a pint of Pilsner with Bootlegger.

Guess who the potential investors are at Wrexham?
Ryan Reynolds and Rob McElhenney! ⚽ pic.twitter.com/QXVIPHXmIc

Yes, you read that right.

Ryan Reynolds and Mac from It’s Always Sunny in Philadelphia want to buy Wrexham.
And you thought 2020 couldn’t get any wilder… pic.twitter.com/HFghcaikPU