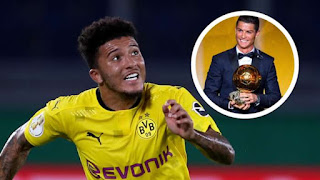 Jadon Sancho has the potential to be “just as good as Cristiano Ronaldo”, says Raphael Guerreiro, with the player being heavily linked with a move to Manchester United considered to be an “outstanding” asset for Borussia Dortmund.

The Bundesliga outfit have been doing all they can to fend off advances when it comes to the England international winger.

Sancho has enjoyed a meteoric rise to prominence since taking the decision to leave Manchester City in 2017 and link up with BVB.

Boost for Arsenal as David Luiz back ahead of schedule