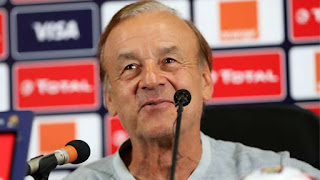 Nigeria’s international friendlies against Algeria and Tunisia will give Gernot Rohr selection headaches ahead of November’s Africa Cup of Nations qualification double-header against Sierra Leone.

The Super Eagles bowed 1-0 to the reigning African champions in their first game before settling for a 1-1 draw with the Carthage Eagles on Tuesday.