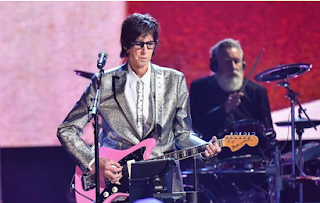 Ric Ocasek, the lead singer of American rock band, The Cars has died at the age of 75.

The frontman was found ‘unconscious and unresponsive’ in his Manhattan townhouse on Sunday, September 15, 2019.

Ric Ocasek was discovered by his estranged wife Paulina Porizkova at around 4.14pm inside his Gramercy Park home in New York, Page Six reported.

The frontman was pronounced dead at the scene. The cause of death remains unconfirmed.

Ocasek is survived by his wife, the model Paulina Porizkova, and six sons.

The Cars was formed in Boston in the mid-1970s by Ocasek and band-mate Benjamin Orr after they met at high school. The members were: Ocasek, Elliot Easton, Greg Hawkes, Benjamin Orr and David Robinson.

After the band broke up in the late 1980s, Ocasek embarked on a solo career as well as working as a producer for artists including Weezer, Bad Religion and No Doubt.

Ocasek and The Cars were inducted into the Rock & Roll Hall of Fame in 2018.

At the time Ocasek told Rolling Stone: ‘It’s certainly a wonderful feeling to be accepted by peers and you see the people that are in the Rock and Roll Hall of Fame, who gets inducted, it’s a positive feeling that you get.’ 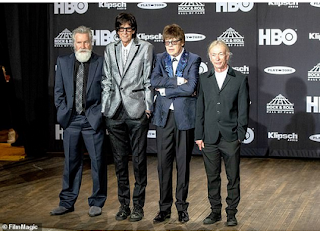 Danish Comedienne, Ellen Calls out Nigerian Comedian Ebiye for Harassing her with his Dick Photo

Danish Comedienne, Ellen Calls out Nigerian Comedian Ebiye for Harassing her with his Dick Photo

Actresses and Actor Timini call out movie producer, Victor Okpala for allegedly demanding for sex in exchange for movie roles