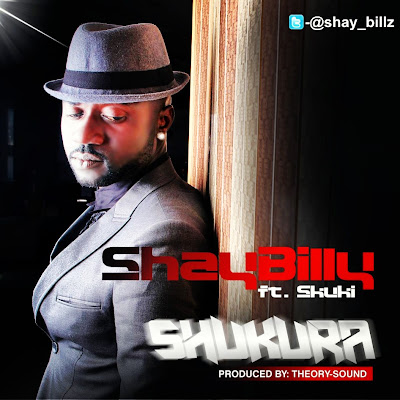 SHAYBILLY, real name Oyedokun Seun Gabriel is a young talented Musical Artist born in the late 80’s, a native of Oyo State, Nigeria. Started music as far back as the 90’s and early 2000’s but his professional career started in 2008 as the lead vocalist of a Boy band group called “GXPLOITS”. The group’s success was conspicuously noticed in the Entertainment scene both locally and internationally as their singles topped different Charts on Major Radio and Tv Stations.
Their videos received various nominations in different awards like CHANNEL O MUSIC AWARDS, SMVA, and NMVA and as a lead vocalist, he was opportune to grace stages with top Nigerian and African acts like D’Banj, Naeto C, 9ice, J Martins, ID Cabasa, Jozi, HHP, Eldee the don. Their music took them far and wide as they featured on different Tours in different Countries like the US (NEA), SOUTH AFRICA, GHANA. It is not a facade that their Album received good ratings with Hit songs like TEAR RUBBER, BOLU MOLU MERENTE, YOUR MAN.

Now Gone Solo, ‘ Shaybilly ’ as he is called, is bringing a whole new flavour to the Nigerian Music Entertainment scene with his hot new Single – ‘SHUKURA’ featuring  the talented duo ‘ SKUKI ‘ and Produced by the prolific Beat maker Theory-sound.  Shukura, a definite club banger with a catchy hook and verses, is certain to get you dancing and merry at the concept. ENJOY..

Chris Attoh Confirms His Marriage To Damilola Adegbite Has Crashed

Brad Pitt, Angelina Jolie and Their Children Arrive at LAX

‘Meghan Markle Wants Angelina Jolie To Act As Her Mentor’

Meghan Markle is reportedly seeking Angelina Jolie’s help to achieve her Hollywood dreams , according to reports. A report in…

They Discharged 25 People With Malaria Not Covid-19, Obansanjo Exposes NCDC

Covid-19: R. Kelly’s Bid For Jail Release Due To Coronavirus Pandemic Is Denied

Popular outspoken Nollywood actress, Dayo Amusa has taken to an Instagram live show to teach men on the importance of…

FG Reacts To Prosecution Of Funke Akindele And Husband