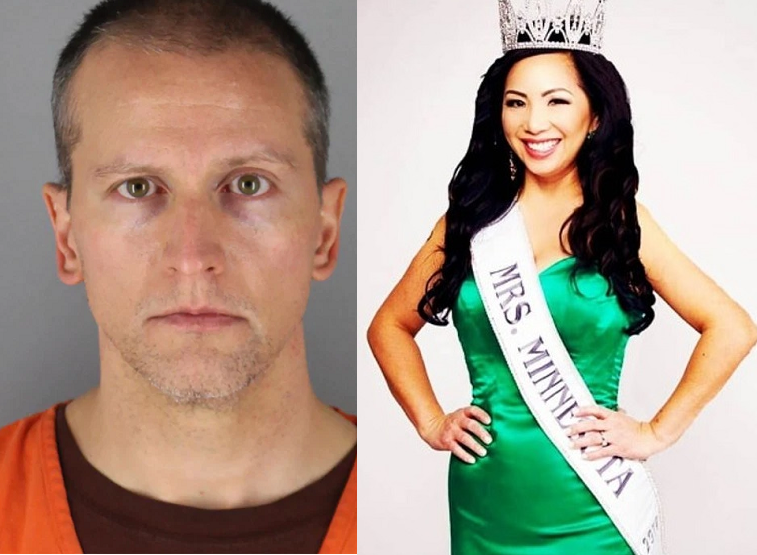 The wife of ‘killer cop’ Derek Chauvin doesn’t want any money from him in their divorce and has applied to the court to have her name changed.

Kellie Chauvin, 45, filed for “dissolution of marriage” to Derek Chauvin, the 44-year-old white officer charged with murder and manslaughter in the death of George Floyd.

According to court papers obtained by The Sun, Kellie said in a court filing that she doesn’t want any money or financial assistance from her now ex, despite being an unemployed realtor at the moment.

“Respondent is full capable of supporting herself,” the filing states.

Both Kellie and her estranged husband waived their rights to “temporary or permanent spousal maintenance,” from each other, according to the court papers.

The former Mrs Minnesota cited “irretrievable breakdown” of their relationship was to blame for ending their 10-year marriage.

She said she broke up with Derek on May 28, three days after he was accused of killing George Floyd by kneeling on his neck.

Kellie, who once worked as a radiologist at Hennepin County Medical Center in Minneapolis, the same hospital where Floyd was pronounced dead, also applied to the court to have her name changed with the papers stating: “As part of this proceeding, Petitioner shall adopt a new legal name.

“She is seeking a name change solely because of this marriage dissolution.”