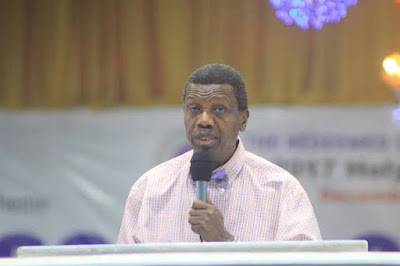 The General Overseer of the Redeemed Christian Church of God, Pastor E.A Adeboye, has revealed that the demons in Nigeria did not go to school.

The man of God made this known while delivering a sermon at his church auditorium at Lagos-Ibadan expressway, Ogun State.

According to Pst Adeboye, he had an encounter with a pastor in a foreign country who wanted to follow him down to Nigeria to cast out demons.

Knowing that the pastor’s Christian lifestyle is somewhat shaky, he had to warn him beforehand.

To make him aware of what he’s signing up for, Adeboye warned him that the demons in Nigeria did not go to school, Meaning that the demons won’t take things lightly with him.

“Demons in Nigeria did not go to school. If you see them you will know here comes the original”, he said.

“I have enough problem casting out the demons from my own people. I don’t want to add your own. Because if you come, i might have to cast demons out of you”.

He went on to reveal that the demons in foreign countries are considerate because they wear suits and all sort of modern clothes.

Moment before PDP Protesters had a Car Accident in Abuja

Endsars Protesters Not Responsible For Destruction Of Property...

Hoodlums Looting And Damaging Properties In The Country...

Man vows never to step foot into any...

“God Created Adam And Eve, Not Adam And...