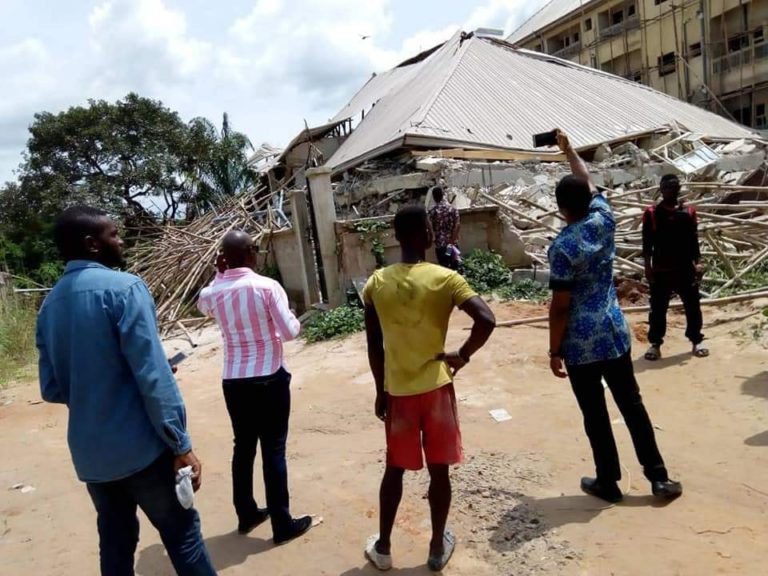 Many people have been left in a state of shock after a newly completed hostel collapsed in Awka.

The collapsed hostel
A newly completed hostel near Nnamdi Azikiwe University (UNIZIK) in Awka, Anambra state capital, collapsed earlier today. Fortunately no life was lost.
It was gathered that the new building was awaiting rentage by the students before it collapsed this afternoon.
Labourers and others working on the building ran for their lives.
This is coming after a four story building collapsed some months ago in Owelle-Aja layout Obosi, in Idemili North Local Government Area of Anambra State. 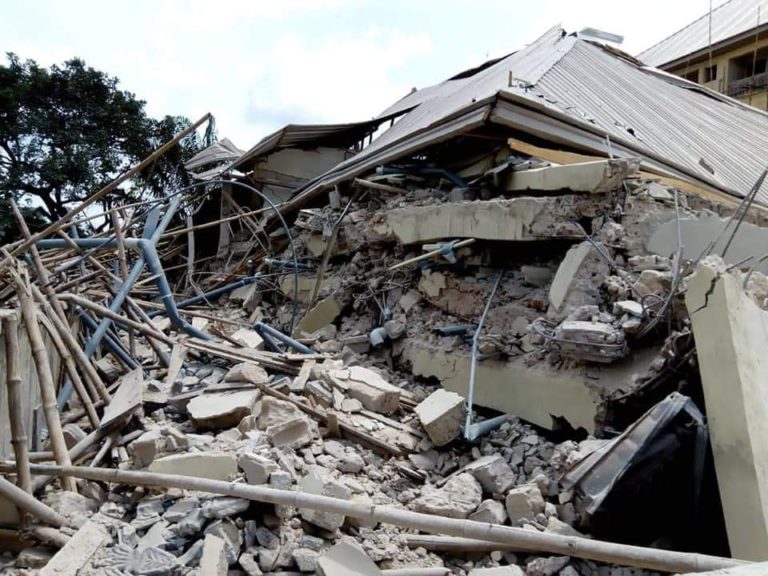 The structure, located off Tony Eze Street, was said to have collapsed shortly before the construction workers resume work.
A resident of the area, who gave her name as Obiageli, described the soil texture of the area as soft and easily washed away by the rain.
Share
Facebook Twitter LinkedIn Pinterest WhatsApp Telegram Share via Email