It proved to be one of reality TV’s most incredible occasions, as Billie Faiers and Greg Shepherd tied the knot at last following a five year engagement.

And the couple have given fans an inside look at their boozy Maldives wedding which saw their adorable daughter Nelly steal the show, Greg take to the stage and Billie dazzle with her beautiful wedding gown.

In a slew of social media snaps, Mr and Mrs Shepherd eagerly documented the romantic ceremony and raucous reception that followed among the beautiful Maldives setting, just days after returning from their honeymoon on the island of Medhufaru.

One hilarious video posted by Billie’s mum Sue, featured four-year-old taking her place on the dancefloor, showing off her hilarious moves as she danced across the sparkling floor.

The caption read: ‘Just having her little moment at mummy and daddy’s wedding love you Nelly.’

Another snap from the occasion showed Greg cosied up to his new wife, as well as his sister-in-law Sam Faiers, who was equally beautiful in a fitted white bridesmaid’s dress. 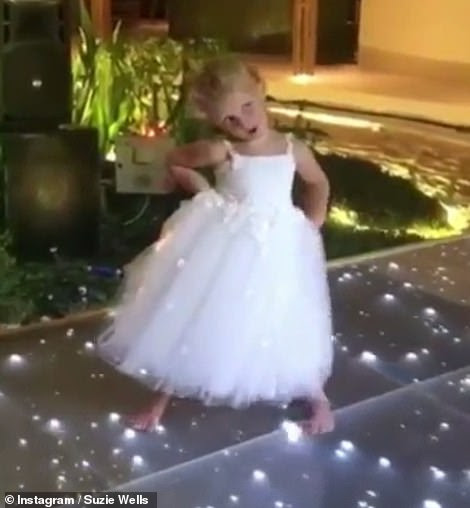 Hilarious: In a video posted by Billie’s mum Sue, her daughter Nelly, four, had her moment in the spotlight as she danced around without a care in the world 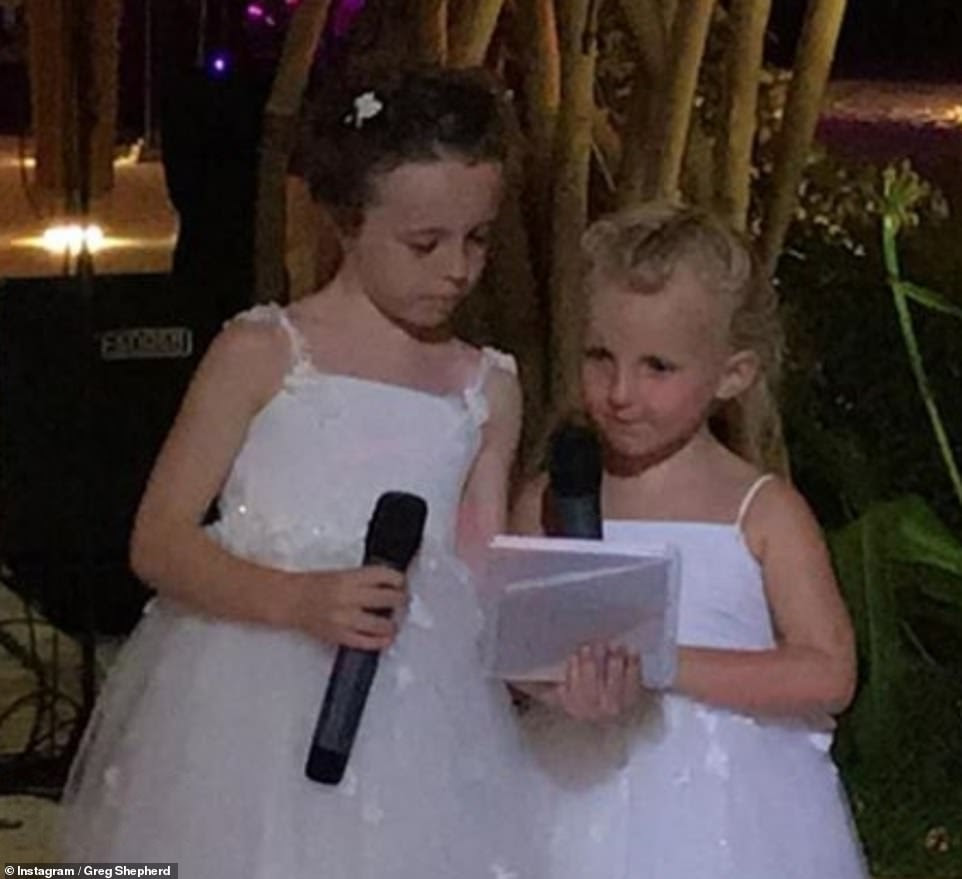 Proud: Another snap – posted by Greg – also showed little Nelly make a speech in honour of her mum and dad on their big day

Greg posted plenty of snaps with friends and family as 95 guests joined them in the Maldives for the big day, thought it was reported they had upset fellow holidaymakers with their noisy antics.

However Billie and Greg have insisted that their guests were nothing but wholly respectful to other holidaymakers.

Another snap showed Greg taking command of the reception as he delivered a sensational speech in honour of his wife, while also playfully poking fun at her Mummy Diaries series. Star of the show: Greg also took hold of the microphone at one point to deliver a wild speech, as the reception continued well into the early hours 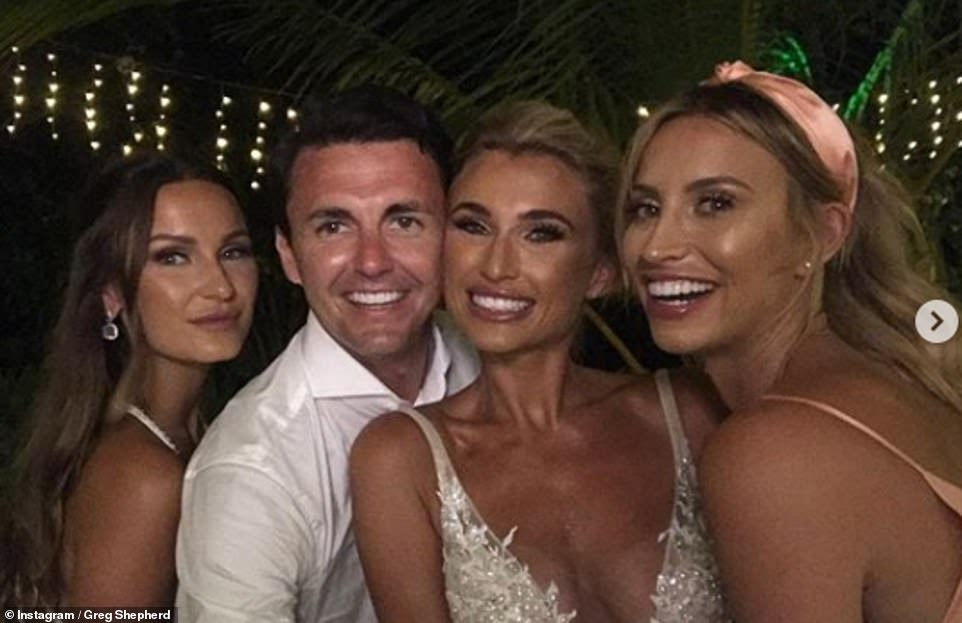 Family affair: Plenty of selfies were posted following the occasion, alongside Billie’s sister Sam, as well as their close friend Ferne McCann 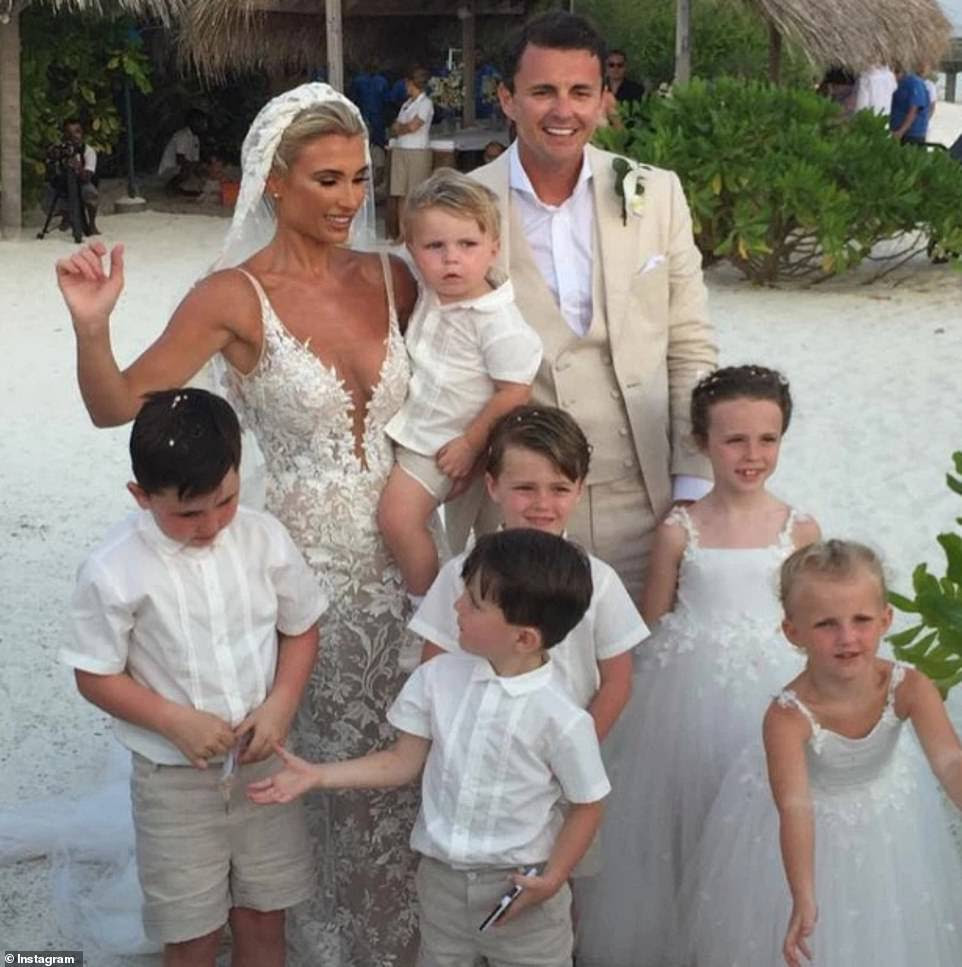 Candid: One snap showed the couple moments before posing for their wedding photos, with their group of flowergirls and pageboys, including their own children Nelly and Arthur

Another candid snap showed Billie and Greg as they prepared to pose for their beach-based wedding photos, with their group of young flowergirls and pageboys – including Nelly and their son Arthur – in tow.

The couple tied the knot in an idyllic ceremony earlier this month in the Maladives and enjoyed their honeymoon on the island of Medhufaru.

The ITVBe reality star revealed that she and Greg made memories to ‘last a lifetime’ on the idyllic island off the Maldives, shortly before giving a candid insight into how she nailed her bridal body with the help of a personal trainer. 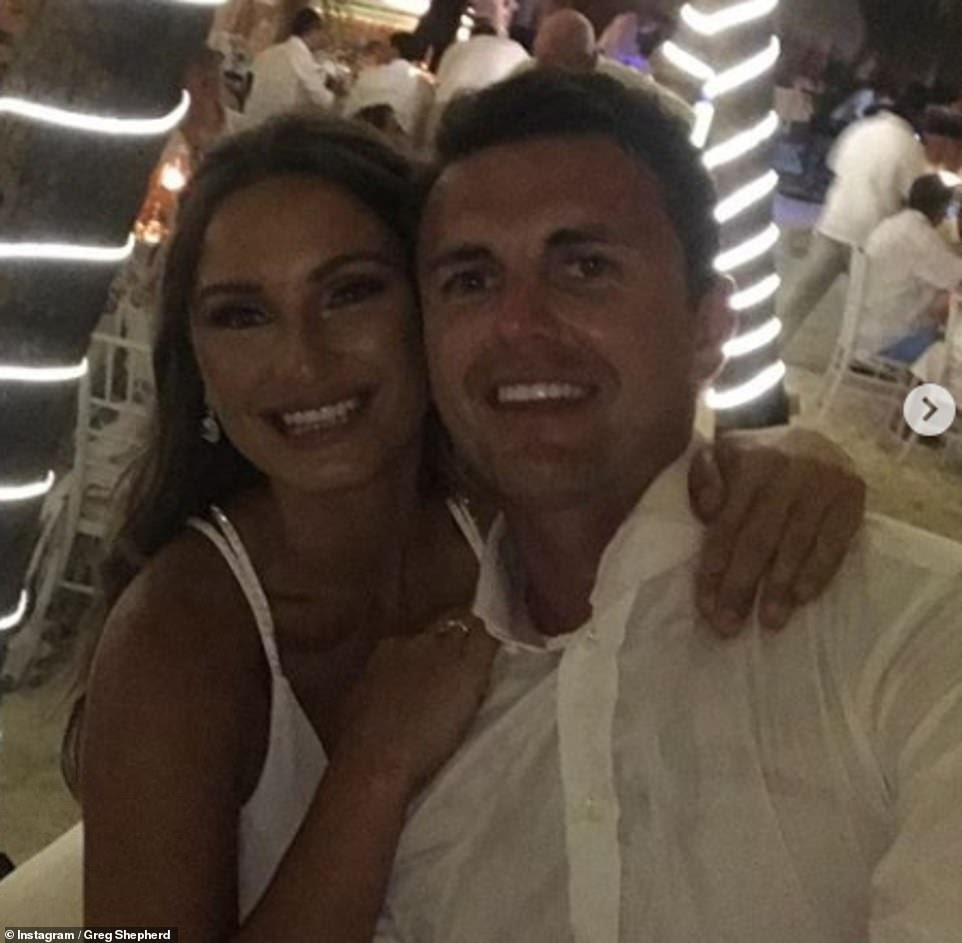 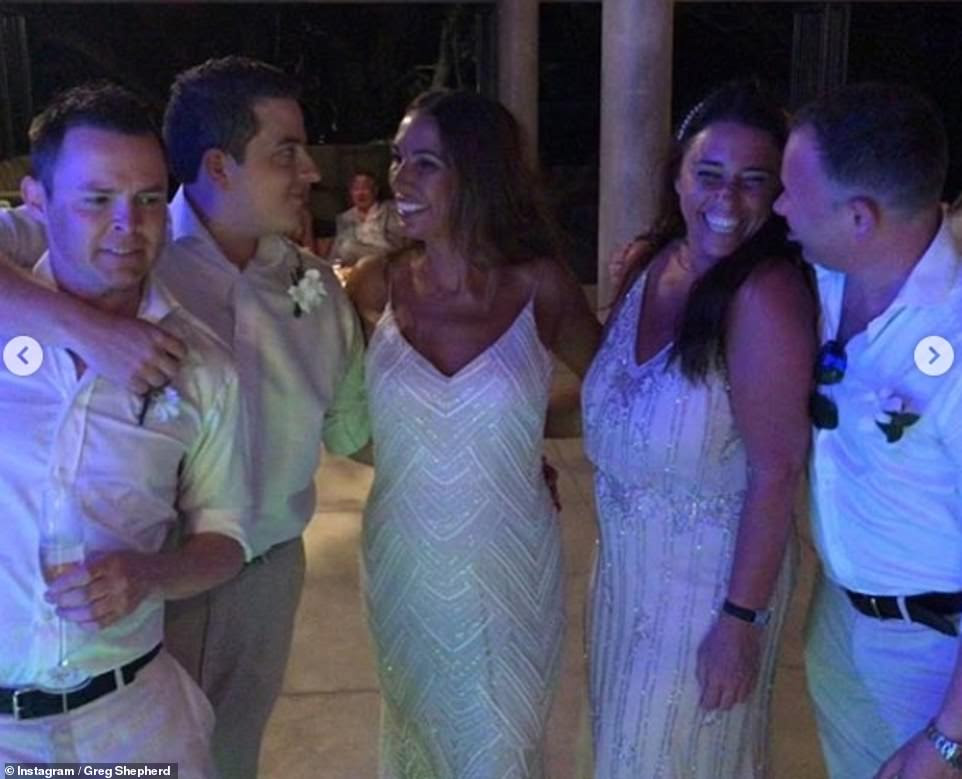 Beaming: It was a family affair as the happy couple were joined by 95 guests for their big day, though their insisted everyone was respectful followed alleged complaints about their ‘raucous’ behaviour 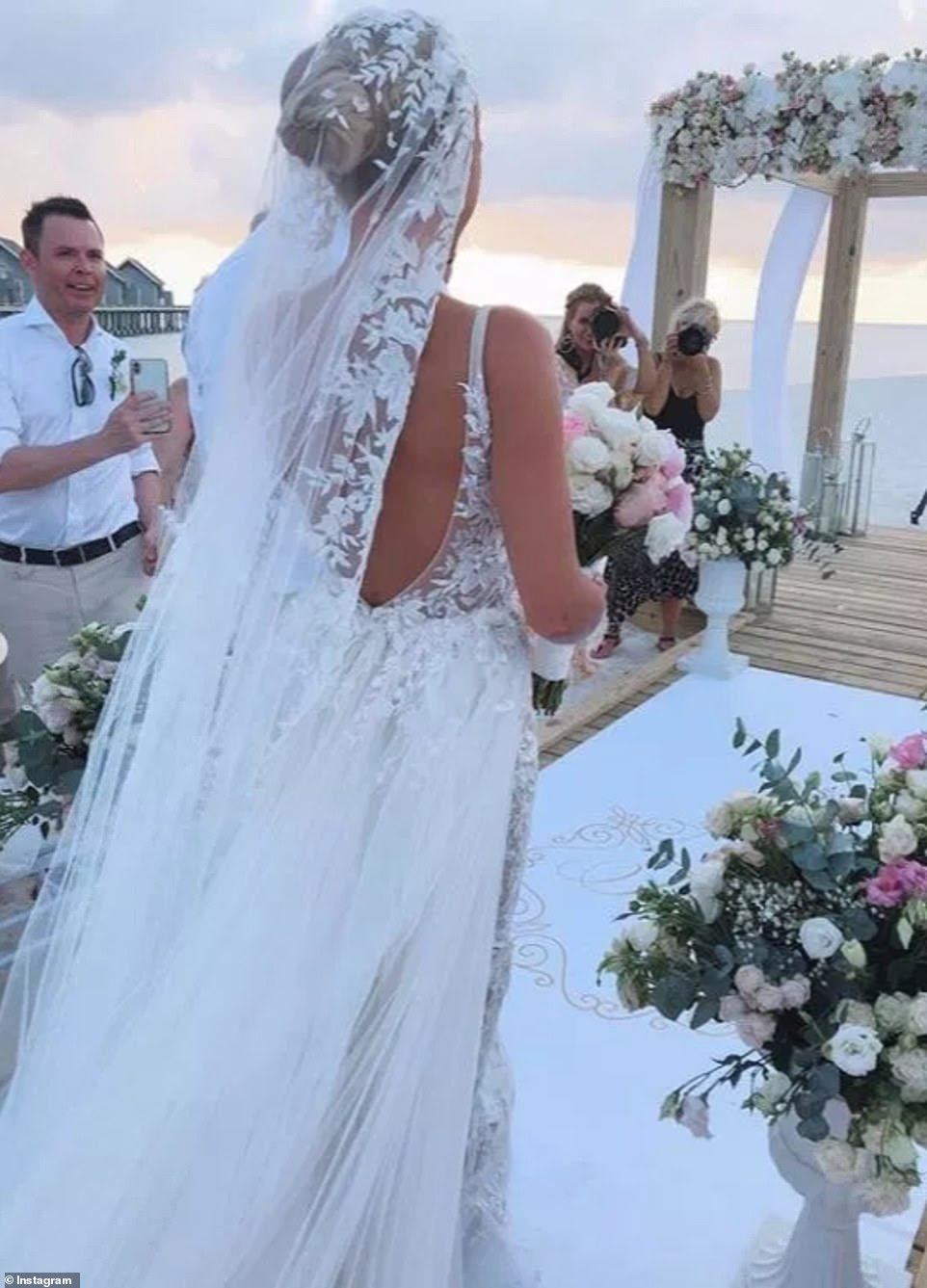 Incredible: Another snap showed Billie’s beautiful white lace wedding gown as she made her way down the aisle

Speaking to OK! Magazine, she revealed that the couple’s first plans as a married couple are to go house hunting but despite saying baby number three isn’t a priority the blonde beauty added: ‘never say never’.

The pair married after a five-year engagement and are parents to Nelly, four, and Arthur, two, but admitted that it was ‘nice to take some time’ on their honeymoon without their children.

The Mummy Diaries star who looked sensational in not one, but two gowns, on her big day revealed she enlisted the help of a personal trainer before the wedding to help her look her best.

She explained: ‘I have never been a gym-goer but I hired a personal trainer called Ellie Hopley a few months before my wedding so that I felt confident.’

However, their nuptials haven’t been without controversy after they were accused of ruining a host of fellow holidaymakers’ trips due to their guests’ raucous behaviour.

And while the pair remained defiant about the antics, the couple skirted their woes to enjoy their honeymoon. 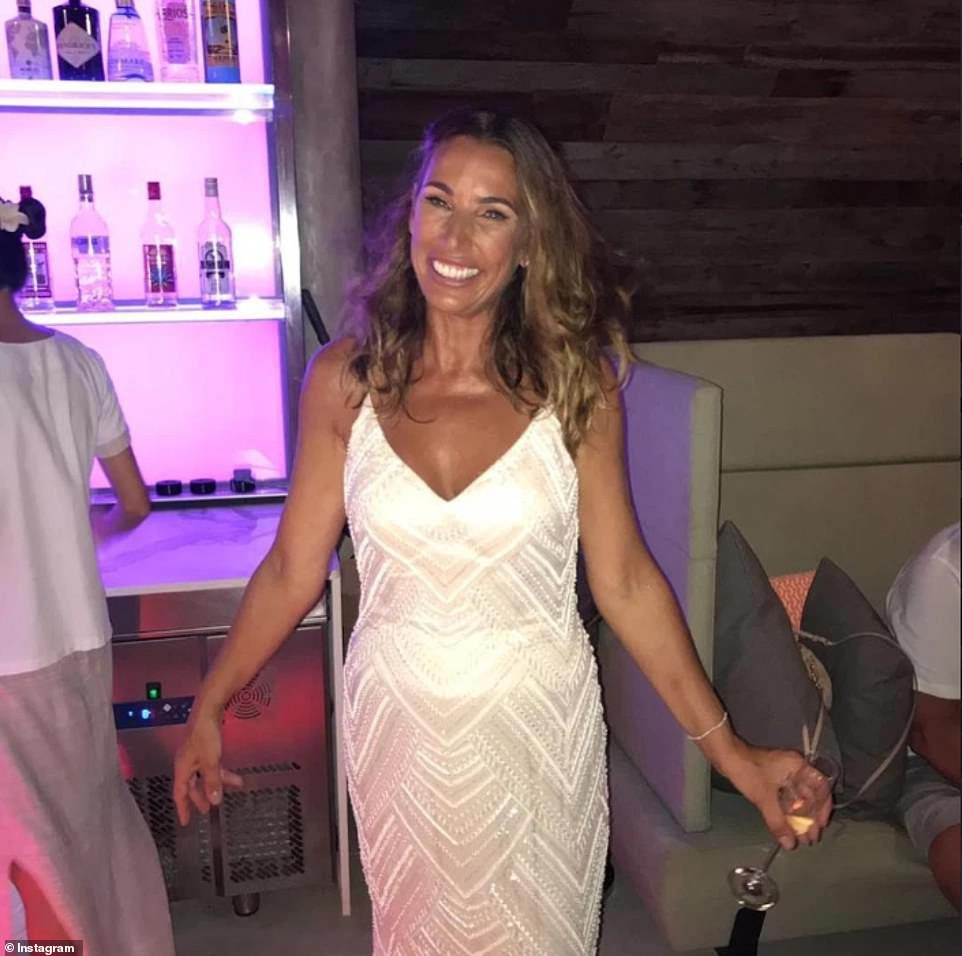 Flawless: Mother of the bride Sue looked equally stunning in a fitted white beaded dress for the big day, as she beamed with pride at seeing her daughter tie the knot 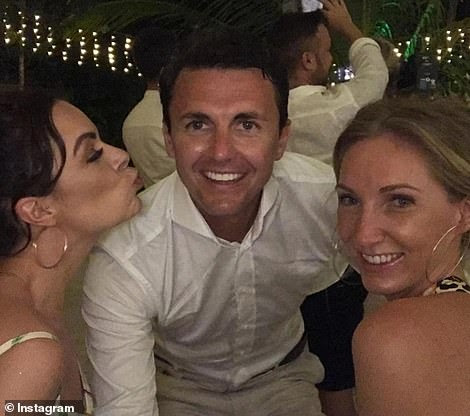 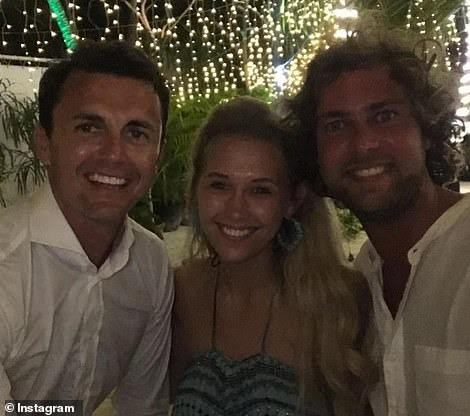 Smile! Greg posted a series of fun selfies with loved ones as they all let their hair down for the big day, partying well into the night on the beautiful Maldives beach Brothers in arms: Greg also happily posed alongside Sam’s partner Paul, who joined the large number of guests in attendance for the big day

Having heavily documented the events online Greg filmed Billie as she sizzled in a black gown with racy slashes at the leg.

After streams of reports about the big day, the couple set the record straight as they revealed hilarious details, including the fact that Greg’s three best men performed a spoof of their show The Mummy Diaries and Billie’s annoyance at Greg’s ‘epic fail’.

One of the highlights was undoubtedly when Greg’s three best men created a Mummy Diaries spoof as Greg revealed: ‘They had some help from The Mummy Diaries crew so they created a spoof episode…

‘They were taking the mick out of how long it took to get my Instagram verification.’ 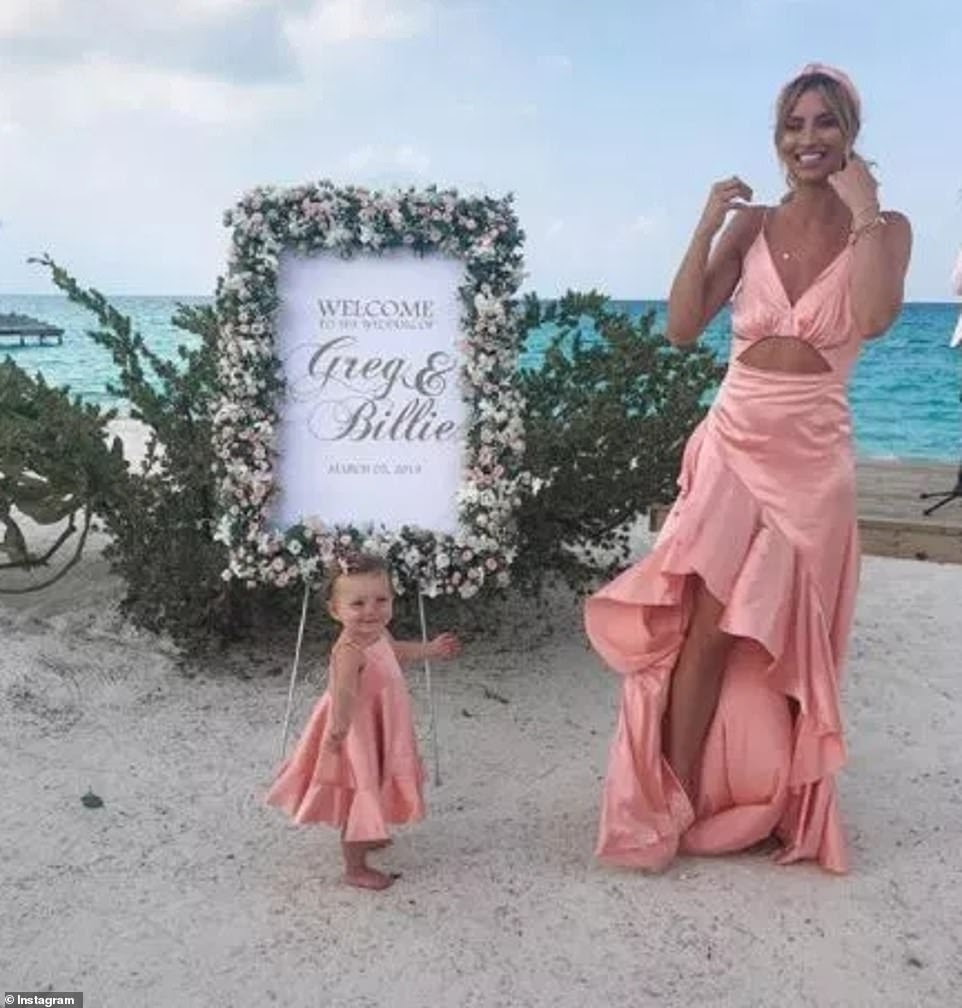 Star in the making: Ferne’s sweet daughter Sunday, one, showed she could already strike a pose, as she joined her mum in matching peach silk dresses 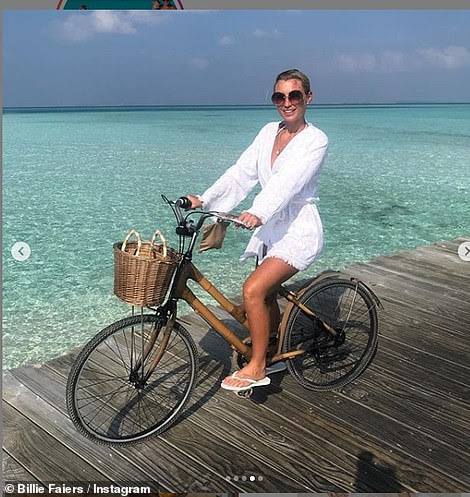 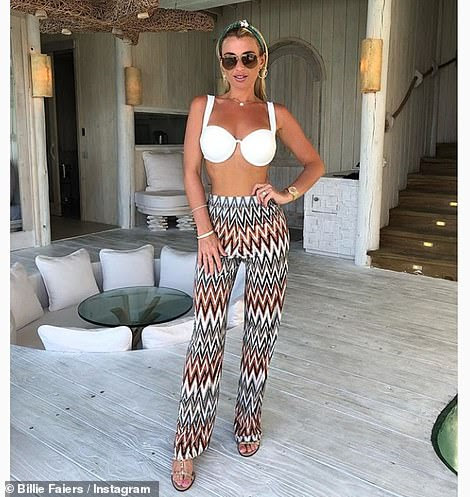