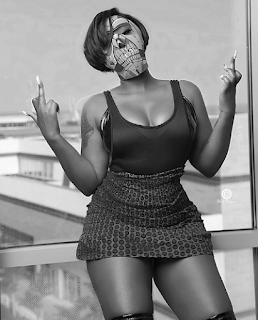 After dropping her third studio project Afreaka, singer Victoria Kimani has been on an intense press-run promoting the album.

In a one-on-one with international music journalist Ivie Anie, she unmasked that her hairline brand, Kimani Braids, is not doing so well in the local market.

“The colourful pieces are not popping like I thought they would. Girls here like neutral colours more than bright ones,” she revealed.

The enterprising musician has had a bittersweet relationship with Kenya as she has continually voiced her struggles with the lack of support for local acts.

This not only reflects in the music, as her business ventures seem to be feeling the same effect.

“If you go to certain places with blue hair, for example, they can mistake you for selling something else that’s not music,” she said.