MOUAU Student Fights Girlfriend in Front of Schoolmates Over ₦20K 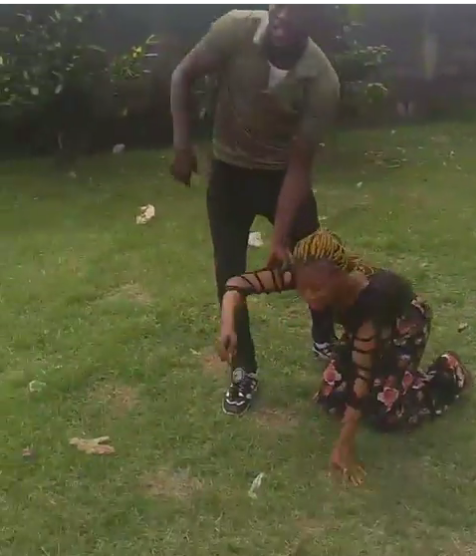 A student of Michael Okpara University Of Agriculture, Umudike, Abia state, was filmed publicly fighting his girlfriend over ?20,000.

Reports on social media say the girl, named Jane, broke up with her boyfriend and he didn’t take it well, considering that he had spent on her and allegedly once paid her school fees. He stormed her class to request for his money back and it quickly escalated. 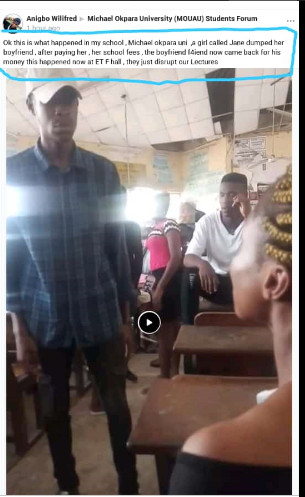 In a video shared online, the man can be seen battering the girl in front of their schoolmates. He can be seen slapping her at some point as he said, “Jane, where is my money.” 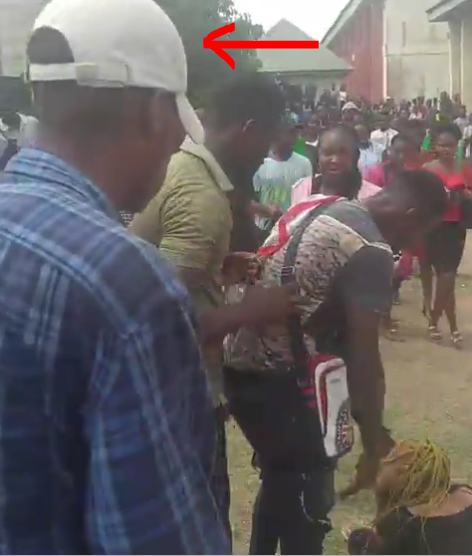 Some students stepped in and tried to intervene but the boyfriend stood his ground and continued the assault. 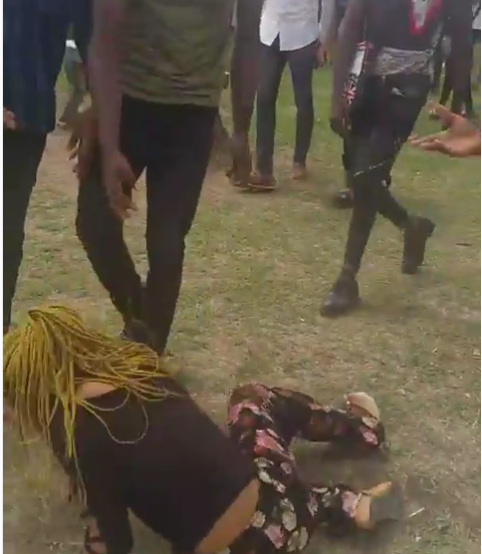 Iran Hunts For Survivors As Quake Kills 300 Near Iraq Border

Lady Boards A Taxi In Ibadan, Finds Herself In Ondo state

There Is Nothing To Learn From A Bleached Skin, Fans Bashes Toke Makinwa