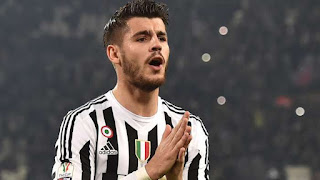 Alvaro Morata is on the verge of completing a return to Juventus from Atletico Madrid, sources have confirmed to Goal.

The 27-year-old, who played for Juve from 2014-16, should undergo a medical on Tuesday ahead of an initial loan move.