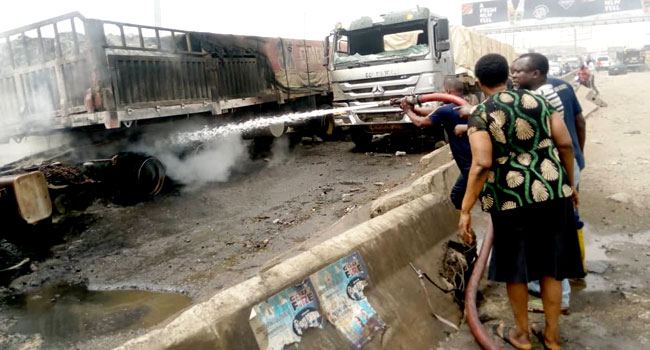 A mob of residents in the Ota on Saturday set a truck ablaze at the Old Toll Gate axis of the Lagos – Abeokuta Expressway in the state.

This followed an accident involving the truck and two other vehicles, which affected 17 people.

Officials of the Ogun State Fire Service later arrived at the scene to put out the fire.

The accident, which left seven people killed and 10 others injured, occurred in the morning as a result of speed and brake failure on the part of the truck.

According to the Federal Road Safety Corps (FRSC), the injured victims have been taken to the hospital while the bodies of the dead people have been removed to the morgue.

See some photos from the scene of the accident below: 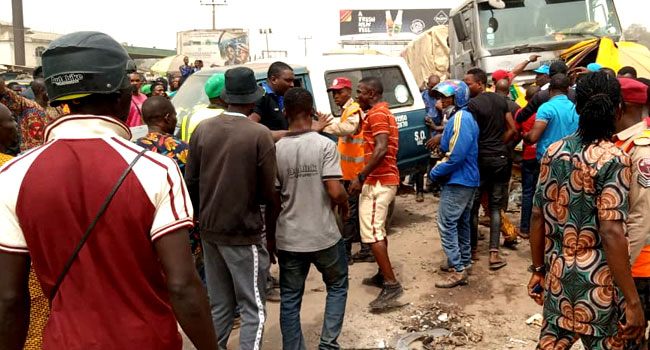 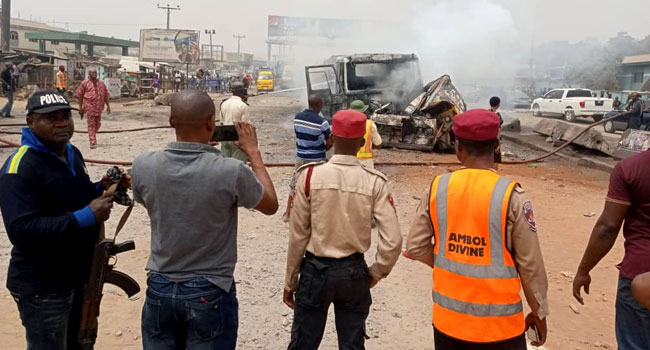 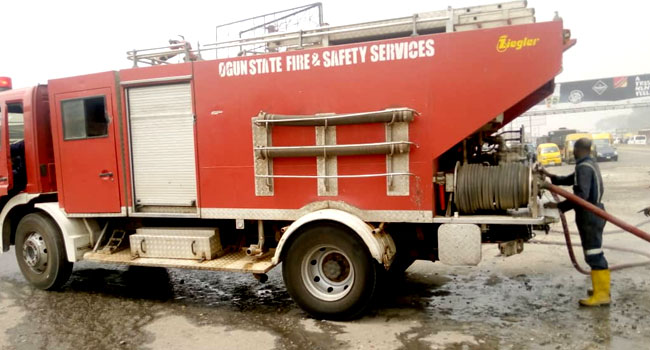 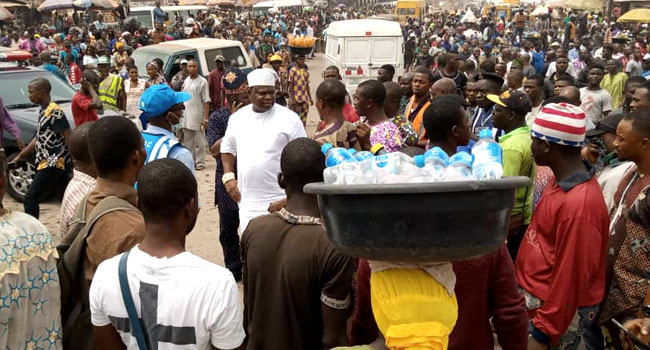 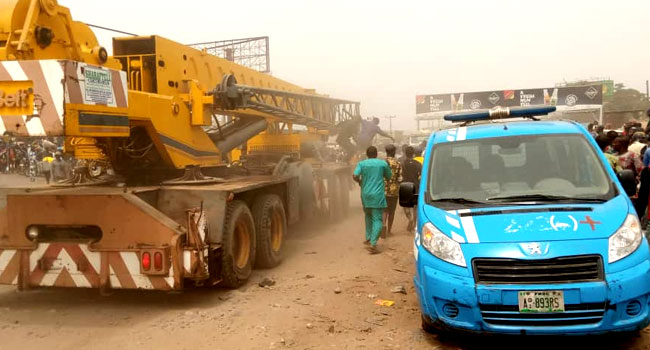 Daughter Slams His New Fiance Sabrina Parr As An Abuser — Says She Punched Him In The Mouth!

Curfew Now 10pm To 6am In Lagos State

IG Tells Police Officers To Protect Themselves Against...