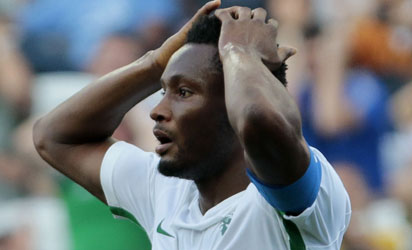 Latest reports have it that the former Chelsea midfielder may not be leaving China any soon, as is being speculated in the transfer market.

According to Sports radio, Brila fm, the mercurial Nigeria international might be remaining in China, at least for the forthcoming season.

The radio station reports that Mikel could be on his way to Beijing Sinobo Guoan as the Capital City club are thought to be monitoring his situation and could make a move for The Nigerian after the departure of Catalan midfielder Jonathan Soriano to Al-Hilal of Saudi Arabia identifying the Super Eagle as the perfect replacement both in the heart of midfield and to fill their quota of foreign player designations in the CSL.