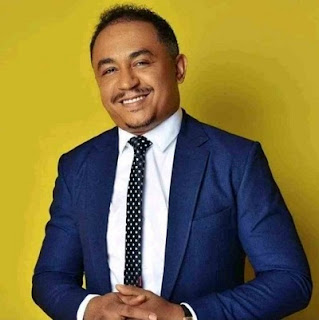 Controversial media personality, Daddy Freeze shares his opinion as regards to Meghan Markle and Prince Harry stepping down as seniors in the royal family.

He took to his Instagram page to air his thoughts, stating that if he was in Prince Harry’s shoes he would make the same decision.

He also stated that he thinks Meghan is a bit manipulative, and he hopes she loves him and doesn’t turn the English Prince into a peasant.

“Poor boy is whipped! As in major ‘P’ whipped. It’s something I can do for love o, let me not even lie. But the girl too no try, I see her as a tad manipulative. She should be careful not to tear him away from his roots and his family. Let’s pray that she loves him and doesn’t end up turning him from a prince into a peasant! ~FRZ”

When The Maths Teacher Is Bringing Back The Marked Books

Former Super Falcons Player, Chified, Comes Out As A Lesbian

Women Are Showing Off Their Stretch Marks With the Hashtag #LoveYourLines