Kylian Mbappe says he has not yet come to a decision on his future as Paris Saint-Germain look to tie him down to a new contract – but he says he is happy at PSG.

PSG director Leonardo claimed in early December that the club were making progress on new deals for Mbappe and strike partner Neymar, but neither player has so far committed to fresh terms.

Mbappe’s contract with his hometown club runs until the summer of 2022. Real Madrid and Liverpool have been the clubs most strongly linked with signing him but there remain questions as to whether any club could afford to prise him away from PSG – unless he lets his contract run down. 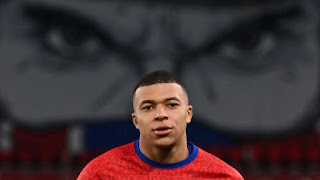