Home > Lifestyle > Mange Kimambi blasts Diamond Platnumz, Says ¨If you don´t stop getting women pregnant, I will come and teach you how to do it!¨

Mange Kimambi blasts Diamond Platnumz, Says ¨If you don´t stop getting women pregnant, I will come and teach you how to do it!¨ 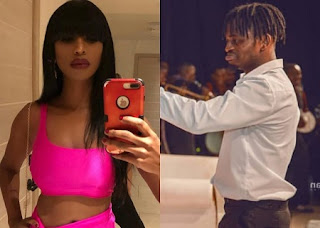 Tanzanian activist, Mange Kimambi has shamed Diamond for impregnating every woman who comes into his life without thinking of the consequences.

In her recent public rant, Mange bashed Tanasha for bearing Chibu a son too soon, yet he was not prepared for it.

Further calling out Diamond´s other baby mamas for falling into the same trap – reason why Diamond opted out of their lives.

However, Mange believes Diamond also has a stake in his ever-growing lineage, blasting him for not using protection.

She blatantly told the Tanzanian crooner to spill out, if he cannot afford to use protection.

‘And you Diamond guy if you don’t like using condoms then you have to hang out. Why are you poor? Males with their cents who do not want to pay for support just hit the outside targets.’

Additionally warning him to stay on the look out for women who come into his life, just to conceive then squeeze resources from his pockets.

‘Even if demu tells you to use pills I don’t know she’s a safe day.’

On a different note, the vocal personality pointed out that Diamond might have been psychologically affected when people trolled him in the past for not being able to have children of his own.

Urging him now to stop because the world has officially conceded defeat.

Mange told Platnumz that when women want to get something, they will try every means possible to get what they want. He should therefore exercise caution.

‘And even if you use a condom or push it out it still protects your seed. Take your own condom iflush and thoroughly wipe him with towels. Some domains are half and half will absorb and syringe infiltrate, pregnancy right away.’

Mange Kimambi, who is believed to be Zari´s worst archenemy warned Diamond to stop having any more children. Failure to which, she shall come and teach it to him, herself.

‘Right when I hear that you are pregnant again, I ride you on a plane and come and hit you like your sister…. this right kitchen party I gave you today without helping you then again. For I have retired these things but I have to help you a little. # Deleted’