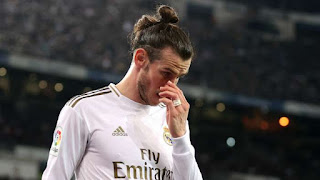 Gareth Bale would be a ‘perfect’ signing for Manchester United if they fail to seal a deal to sign Jadon Sancho this summer, according to the Real Madrid’s former Tottenham team-mate Peter Crouch.

Bale has been strongly linked with a move to Old Trafford time and again in recent years, with United failing in a late bid to sign the Wales international prior to his world-record £86 million ($110m) move from Spurs to Madrid in 2013.

Now Bale is surplus to requirements at Real Madrid and has hinted that he would be open to a return to the Premier League, amid reports that the Spanish giants would be willing to fund some of his lavish wages in a bid to ease the 31-year-old out of the club in this summer’s transfer window.