An Indiana man was left shocked after he checked his bank account for his $1,700 stimulus check and discovered that $8.2million dollars had been deposited into his account.

After the IRS announced that it had sent out the first round of stimulus payments on Saturday, Charles Calvin, a volunteer firefighter in New Chicago, Indiana, who was expecting $1,700 from the federal government to cover himself and a child couldn’t believe the amount he saw when he checked his balance at the ATM.

‘I went to the ATM at the Family Express and once I withdrew $200 out of my account I looked at the available balance still left in my account,’ he said. 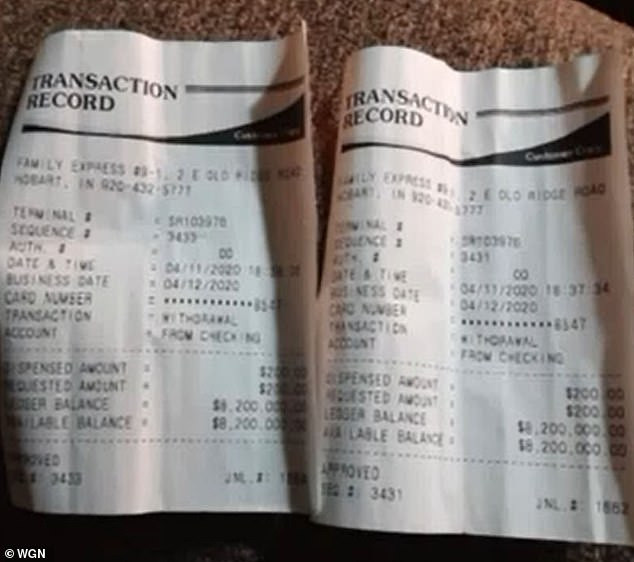 At first, he thought it was an error from the machine but when he ran his card again the exact same amount was shown.

On Monday, he called his bank to report the situation and was told the $8.2million dollars was no longer in his account.

‘It kind of sucks,’ he said. ‘You go from being a millionaire one second then back to being broke again. But hey, once you’re poor you don’t have anywhere else to go but up.’