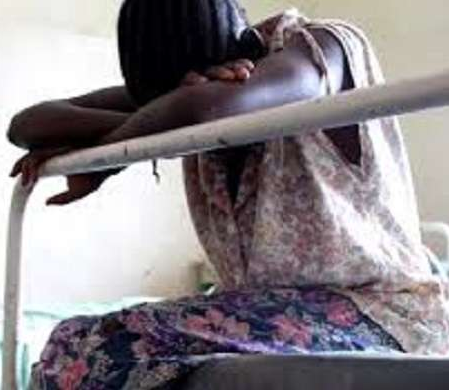 A 35-year-old man has been arrested for raping an 11-year old girl in Meiran, Lagos.

Orenowo Adesoji is reported to have lured the girl under the pretence that he wanted to send her on an errand. He then sexually assaulted her when he was alone with her. The forceful penetration left the girl bleeding, with injuries on her private part.

The sexual assault happened in European quarters, Meiran, Lagos state, where the culprit and his victim live. He lured her into his apartment, locked the door and raped her. The victim screamed but before help could come, Orenowo had succeeded with his evil intention.

The victim was rescued and taken to the hospital for treatment and the assault was reported to the Gender Section of the Police Command, Lagos.

Orenowo was arrested and detained at the command for interrogation where he admitted that he slept with her but with her consent, P.M. Express reports. The suspect allegedly said the little girl was attractive and tempting, and he couldn’t help himself.

The police found him culpable and charged him before the Ogba Magistrates court for raping the 11-year old. The prosecutor, Mr. Christopher John, informed the court that the victim was a minor and she suffered serious injury on her private part as a result of the assault.

The court did not take Adesoji’s plea and he was denied bail. They ordered him to be remanded in prison custody. The court also directed the prosecutor to duplicate the file and send to DPP for advice. The matter was adjourned till 22nd October, 2018 for the report of DPP to be ready.