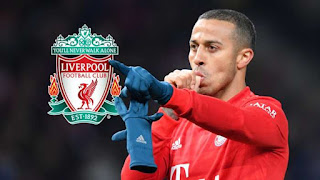 The Anfield legend believes the Reds will sign the Spain international “on their terms”, with a move set to be made late in the summer window

Liverpool will do a deal for Thiago Alcantara “on their terms”, says Jamie Carragher, with the Reds legend confident that the midfielder will be snapped up from Bayern Munich in a deal worth around £20 million ($26m).

A move to Anfield for the Spain international continues to be mooted in the current transfer window.

Jurgen Klopp is said to have indentified the 29-year-old as a top target, with the Premier League champions looking to add even more graft and guile to their engine room.