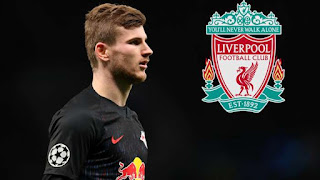 Liverpool “missed a trick not getting Timo Werner” and need to add another centre-half to their ranks after seeing issues at the back exposed against Leeds, says Peter Crouch.

The Reds have been relatively quiet in the current transfer window.

Greece international Kostas Tsimikas has been added to their ranks, but he was drafted in to provide back-up to first-choice left-back Andy Robertson.

I belong to the L division and live with bipolar disorder – Temmie Ovwasa reveals as she hints on not being on good terms with Olamide’s YBNL.