Following Liverpool’s 2-0 loss to Napoli in Tuesday’s UEFA champions league encounter, some Liverpool fans rushed to Liverpool defender, Andy Robertson’s official twitter account to blast him for his involvement in the penalty that caused Napoli to score the first goal of the night . 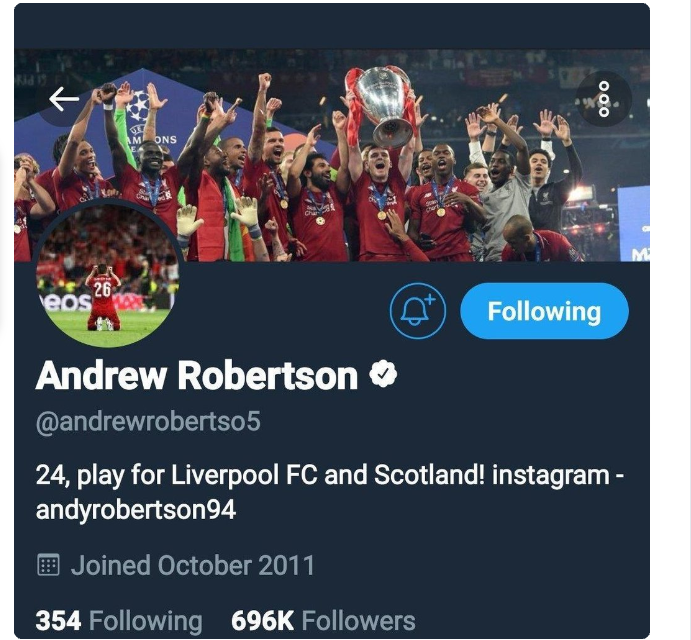 There has been a debate among football circles if the spot kick should have been awarded to Napoli, as some analysts feel Jose Callejon went down too easily before Robertson’s challenge .

Napoli scored from the penalty and fans rained down insults on the defender, as a result the British defender has deactivate his Twitter account

See some comments below. 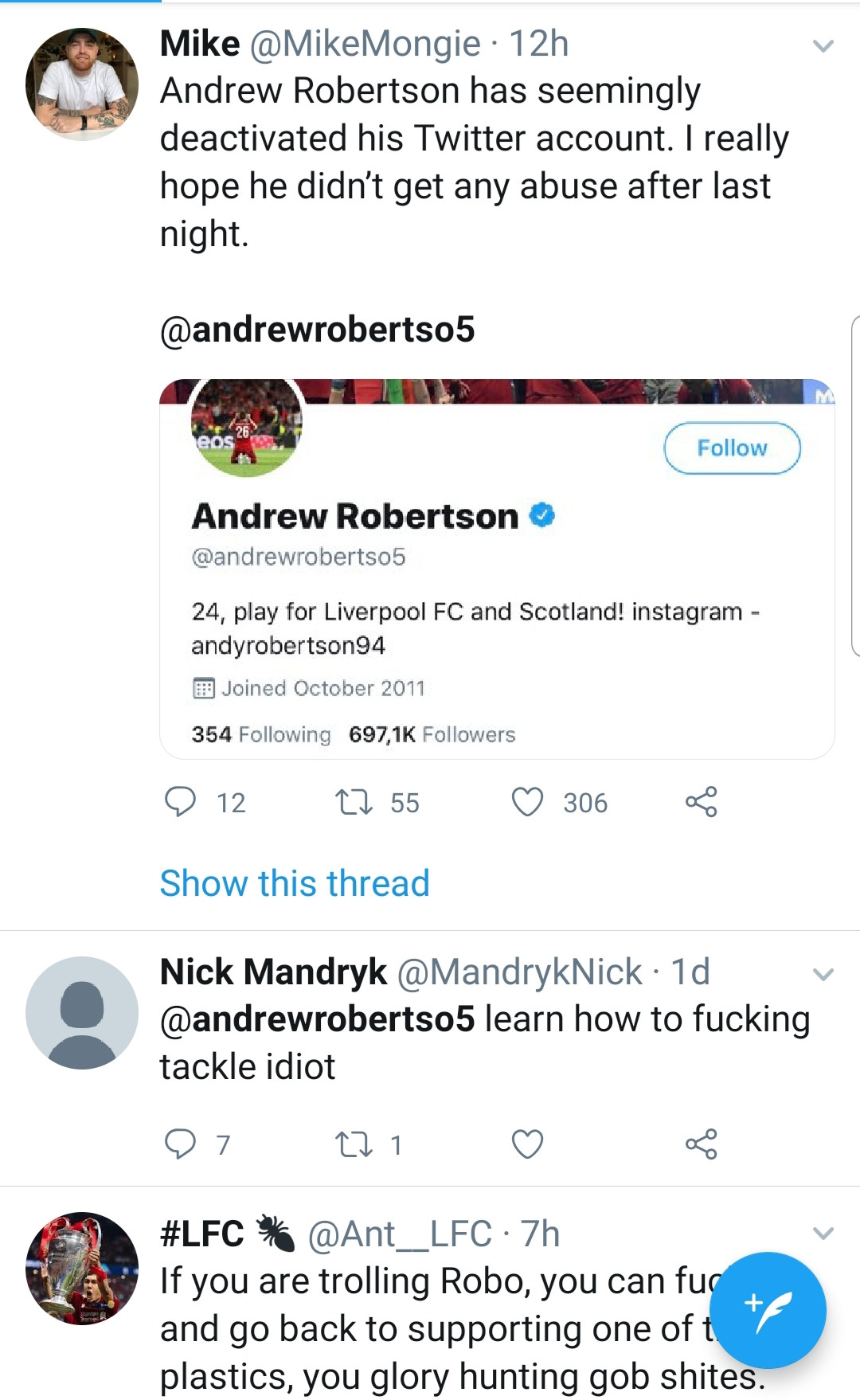 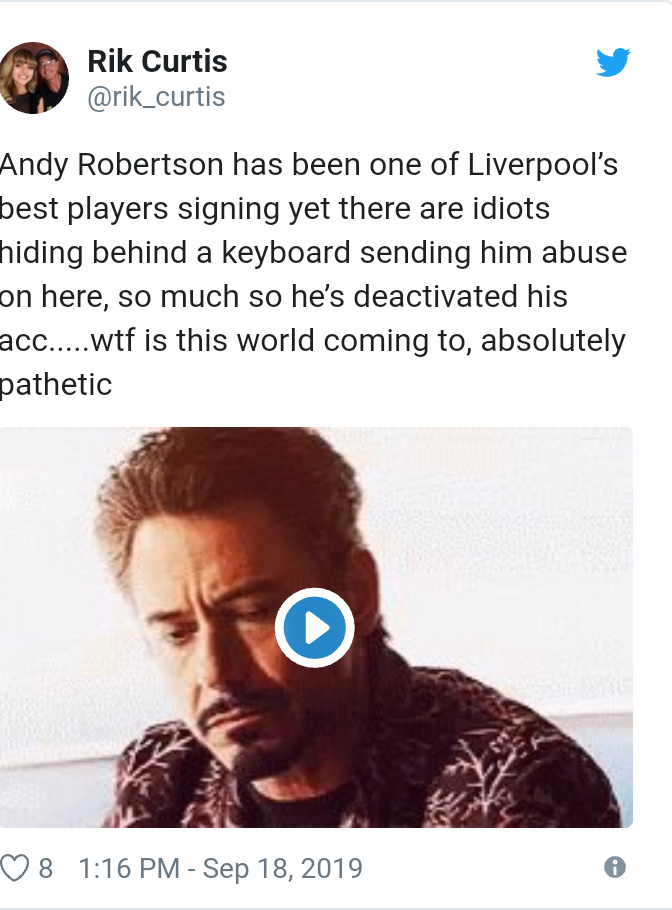 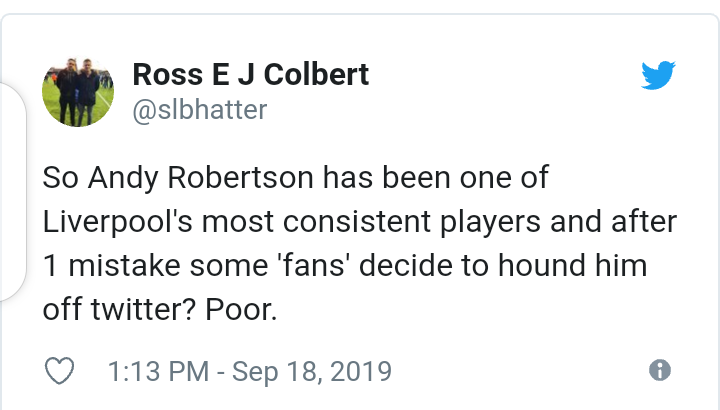 Chelsea director Granovskaia to meet with Juventus over Jorginho swap

Chelsea director Granovskaia to meet with Juventus over Jorginho swap