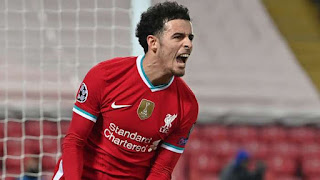 Liverpool secured passage to the Champions League knockout stages as group winners as they earned a 1-0 win over Ajax.

A second-half goal from teenager Curtis Jones ensured the Reds would progress to the next stage on Wednesday, although academy prospect Caoimhin Kelleher, given his chance in goal, was required to make a stunning late save from Klaas Jan Huntelaar to protect the points at Anfield.

Better was still to come for Jurgen Klopp and co, too, as news of Atalanta’s shock draw with Midtjylland meant top spot was clinched in Group D with a game to spare.