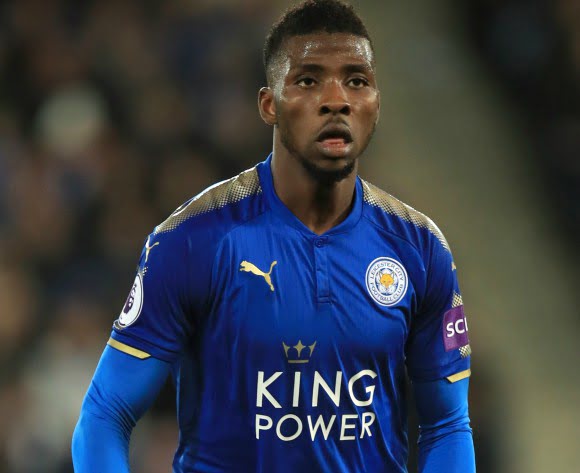 Iheanacho came off the bench with 10 minutes to go at the Etihad Stadium on Monday, with Leicester trailing 1-0.

The Super Eagles forward, who was sold by Pep Guardiola, wasted a glorious opportunity to earn the Foxes a draw, which would have left Liverpool in top spot in the table.

Iheanacho has scored a single Premier League goal this season and Rodgers feels he should have done better with the chance.

“He should score, I said that to him afterwards, in the big games there are not many moments.

“It was tight, we were very, very good in our defensive organisations. They didn’t have many chances and we didn’t have many. But the one that came, you have to score that. He knows.

“It’s moments when you can come into the game and make an impact, he’s a great boy, works very, very hard in training.

“He’s got in front of him a top-class operator in Jamie [Vardy] so it’s difficult for him to find rhythm. However, it’s moments like that where you can make an impact. He’s actually done that in the other games.

“It was a big chance for him. The ball was there and it was on his good side. But it wasn’t to be. He got himself in the position … I felt we would have deserved that at least,” Rodgers told a news conference after the match.