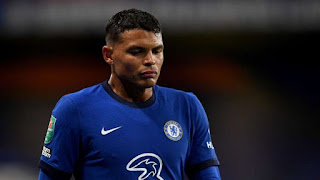 After sitting out the first two games of the Premier League season, Silva started and played the first 60 minutes of the Blues’ 6-0 Carabao Cup victory over Barnsley.

The Brazilian is still working his way to full fitness, having been given time off after helping PSG reach the Champions League final just last month.

Two Young Sisters allegedly Abandoned by Relatives after the Brutal Murder of their Parents, brother and 2-year-old niece in Edo

Arteta Complains about Tottenham’s Advantage Ahead of North London Derby