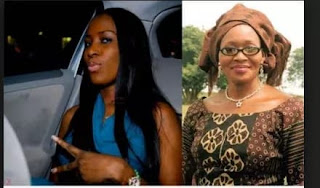 Controversial Nigerian Investigative Journalist, Kemi Olunloyo has made another shocking claim, implying that influential Nigerian blogger Linda Ikeji does not have it all and is living a fake life.

In response to a tweet by a follower who insinuated that Linda Ikeji was more wealthy and influential, Kemi claimed that the blogger does not have it all as some think.

The controversial investigative journalist claims that the blogger’s wealth does not exist and that her car was a gift.

She wrote, ” Her son has an identity crisis. She stole Jeremi’s used condom according to SDK and did IVF. Lied about a surrogate pregnancy, her wealth doesn’t exist”. 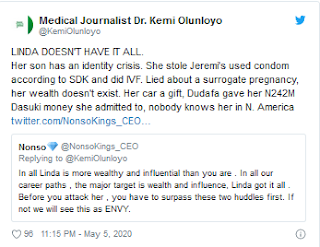