Jeremy Meeks has been spotted hanging out in Cannes with a mystery woman ahead of this year’s film festival. The 35-year-old, who rose to fame via his mugshot led to him being dubbed ‘hot felon’, appeared to be in high spirits as he lapped up the sun in the city.

His partner Chloe Green was nowhere to be seen as he was joined by an unnamed girl who was dressed head-to-toe in pink. Jeremy opted for a more casual look, matching his black jeans with a white T-shirt. And it seems they were enjoying the sunny weather together as they wandered through the streets. The model’s sighting comes after he replied to photographers earlier this year who asked in if he was still will his girlfriend Chloe.

He confirmed his relationship was still on, as he told the snappers: ‘Of course we’re still together.’ The pair began dating in 2017 and share 11-month-old son Jayden together. However, they seemingly raised a few eyebrows after the Topshop heiress was seen on a shoot in London last month without her engagement ring. 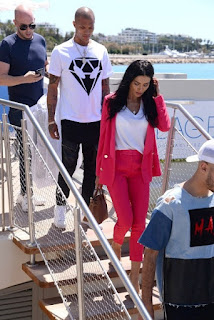 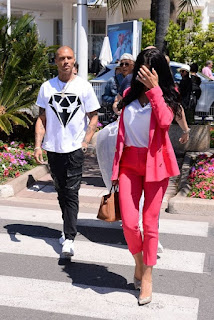 Otedola Celebrates Only Son Fewa on his Birthday

Otedola Celebrates Only Son Fewa on his Birthday