Iwobi returns to Everton squad ahead of West Brom game 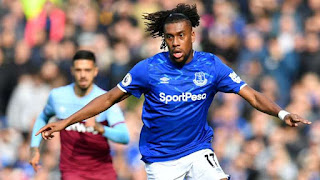 Alex Iwobi has returned to the Everton squad ahead of their Premier League outing against West Bromwich Albion on Saturday after recovering from a knock.

The 24-year-old was missing in Carlo Ancelotti’s team for their opening league fixture against Tottenham Hotspur on Sunday, and their Carabao Cup triumph against Salford City on Wednesday.

Ahead of the encounter against the Baggies at Goodison Park on Saturday, Ancelotti confirmed the Super Eagles star is among the players fit and ready to play following his recovery.