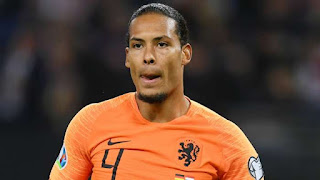 The Liverpool defender saw his side fall in Amsterdam, much to his frustration

Virgil van Dijk felt the Netherlands were suitably punished for a poor performance as they lost 1-0 to Italy in Monday’s Nations League clash.

A header from Nicolo Barella secured victory for the Azzurri in Amsterdam and sent them top of Group A1, a point above the Oranje.

The home side kept Italy penned back in the closing minutes but created little by way of clear-cut chances, Manchester United’s Donny van de Beek coming closest with a half-volley that was superbly saved by Gianluigi Donnarumma.