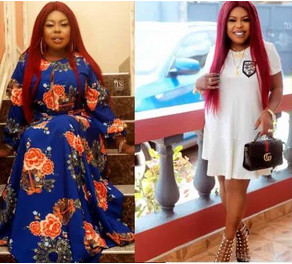 Controversial comedienne and radio presenter Afia Schwarzenegger after years of denial has finally admitted that she is a heavy wee smoker.

It is a known fact when some former close friends and associates close to the comedienne picks up a fight with her, they always accuse her of being a smoker an accusation she has always denied until now.

According to Afia Schwar, she used to be a chain smoker but she has stopped taking the hard drugs for some time now.

In a video available, Afia is heard talking about her wee smoking habit and also mentioned some Ghanaians celebrities she used to smoke with.

“Those who have smoked wee and other things for your lips to turn darker, this is a seven days magic product for you. Somebody will say I am part of the smokers, Yes, I was a wee smoker but by Grace of God, I have quit. But Shatta Wale, Kwaw Kese and Countryman Songo are still smoking,” she said.

Countryman Songo and the other celebrities she accused are yet to respond to her allegation.

Breaking down the different parts of the Roulette wheel

British television presenter Caroline Flack, a former host of the hit show Love Island, was found hanged in her London…