The married Computer teacher said in the chat shared that he would have raped the Twitter user while she was still his student, so her family will force him to marry her. The message stemmed from how beautiful the man’s former student has now become.

My computer teacher, married man with kids typed this and sent to me via Facebook messenger after failed attempts to link up with me after 13 years. I’m still trying to get over this 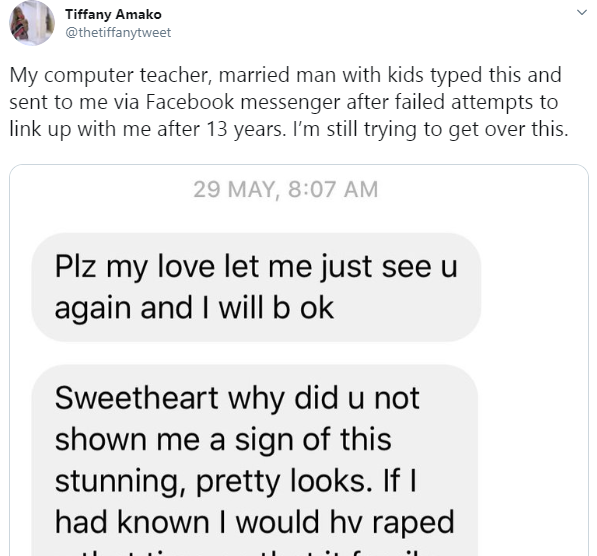 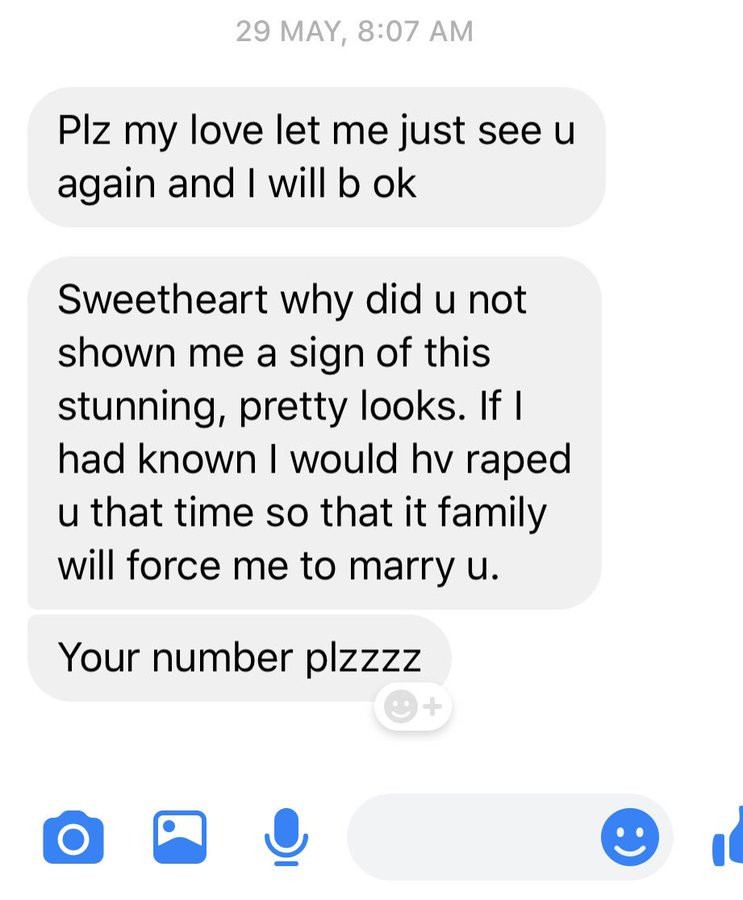 Kidnappers Who Pose As Women Online To Rob, Kill Victims Arrested In Rivers

Withdrawal Of Foodstuffs From South By North, A Blessing In Disguise – Afenifere

Northern Tomato Farmers, Traders Lose Over ₦10 Billion In One Week, Cry Out