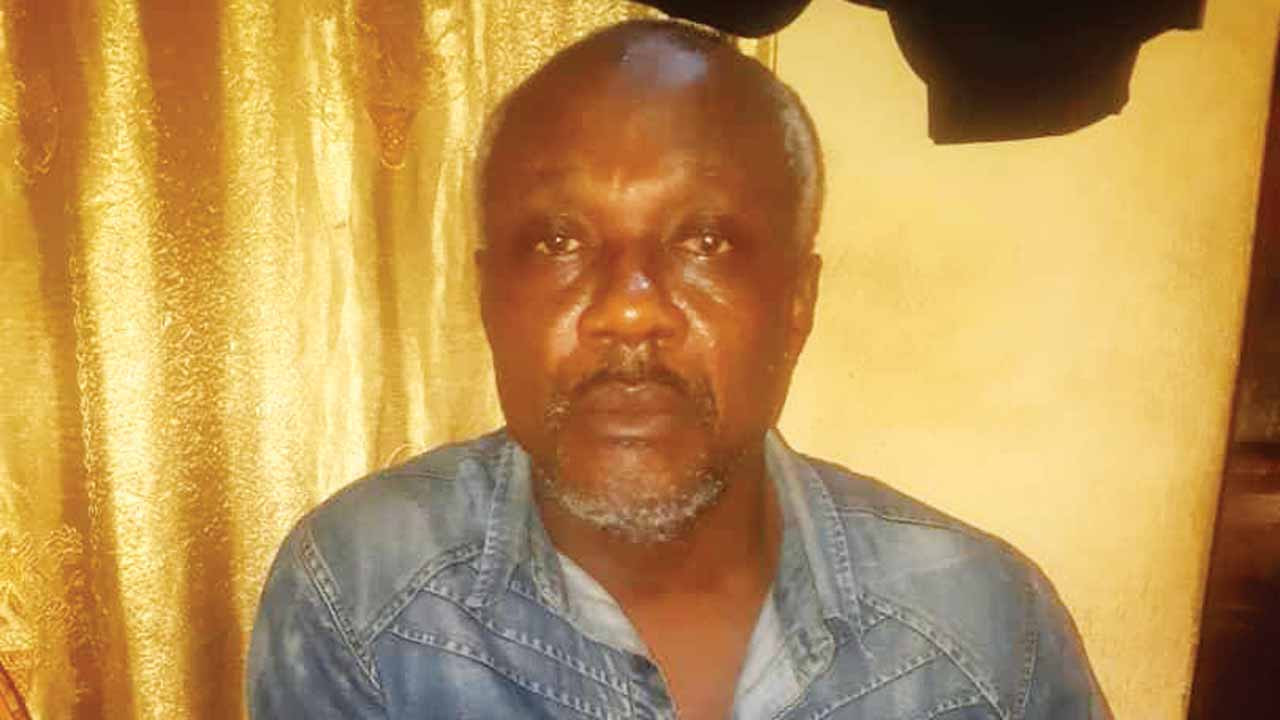 Men of the Lagos State Criminal Intelligence and Investigations Department (SCIID), Panti Street, Yaba have arrested 53-year-old owner of a drinking bar, Obioma Dennis, for allegedly stabbing one of his customers to death.

Dennis who is waiting for his arraignment in court, told newsmen that he regrets his actions and believes he was under a spell cast on him by his enemies. Dennis said the deceased and two of his friends had come to his shop located in Alausa and were about to smoke banned substance, Indian Hemp, when he challenged them. The argument that ensued degenerated into a fight that led to him stabbing the deceased.

“In rage, I grabbed hold of the chair they were sitting on, which is mine and threw it inside my shop. While I was inside my shop, one of the guys who I later identified as Emeka started destroying my electronic appliances.

He smashed my television. To save what was left of my belongings, I pushed him out of my shop. The next thing I saw was that Ifeayi grabbed a bottle of beer and smashed it on my head. I ran into the inner part of the shop where we prepare food. I grabbed one of the kitchen knives and stabbed Ifeanyi on his chest. He fell down in a pool of blood holding his chest.

“I regret my action now because Ifeanyi is like my younger brother. I contributed cash when his father died three years ago. If I was not gripped by anger, I don’t think I would see myself killing anyone” he said

The police said the suspect was arrested and detained at Alausa Police Station but that the case was later transferred to SCIID, Panti for elaborate investigation.

“It is a clear case of culpable homicide. The case would be charged to court at the end of investigation’, the police said.