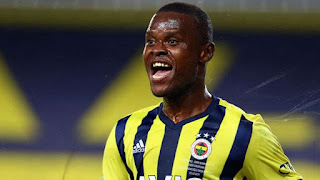 Mbwana Samatta is not getting carried away by his fantastic performance which saw him net a brace in Fenerbahce’s 2-1 win over Fatih Karagumruk in the Turkish Super Lig on Saturday, but is rather focused on the result.

The 27-year-old is currently on loan from Premier League side Aston Villa and having made his debut for the Yellow Canaries in the Istanbul derby against Galatasaray last week, was thrust into the starting XI and gave Fener the lead in the 24th minute with the assist coming from Caner Erkin.

The former Genk man increased the lead in the 68th minute and was substituted in the 84th minute for ex-Newcastle United and Senegal striker Papiss Cisse. Six minutes before that, Karagumruk pulled back via Erik Sabo from the penalty spot with the Slovakian missing the chance to equalise again from the spot three minutes from time.