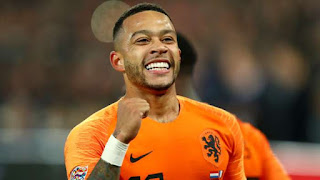 Memphis Depay has confirmed he is aware of interest from Barcelona but says he is unsure on the likelihood of a move this summer.

Lyon president Jean-Michel Aulas said on Sunday that Barca are not the only team trying to sign in him, however, with Serie A side Roma showing interest, too.